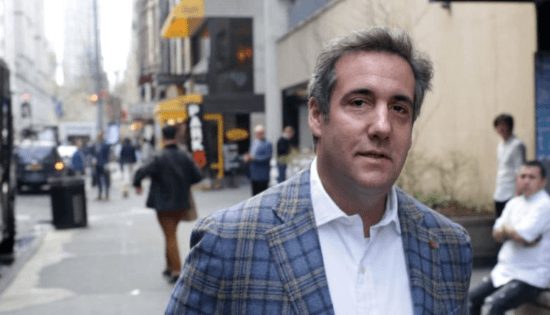 An analyst with the Internal Revenue Service was charged Thursday with leaking the financial records of former Trump attorney Michael Cohen.

An affidavit submitted in the case reveals that John C. Fry, the analyst, placed several phone calls to attorney Michael Avenatti before and after he accessed Suspicious Activity Reports (SARs) that had been filed by Cohen’s banks with the Treasury Department.

Avenatti, an attorney for Stormy Daniels, had posted a dossier of Cohen’s financial reports on May 8, 2018. The records showed that Cohen received payments from several companies, including Novartis and AT&T, as well as a company associated with Viktor Vekselberg, a Russian oligarch. (RELATED: Michael Avenatti Accuses To Wrong Michael Cohen Of Making Illegal Payments)

Attorney Michael Avenatti speaks at the ‘How to Beat Trump’ panel at the 2018 Politicon in Los Angeles, California on October 20, 2018. (MARK RALSTON/AFP/Getty Images)

According to an FBI agent’s affidavit, Fry first accessed the IRS’s database of SARs on May 4, 2018 and downloaded five documents related to Cohen. “Immediately” after downloading the reports, Fry called a phone number associated with Avenatti, the agent said.

Avenatti denied doing anything wrong by having contact with Fry.

“That is absurd and ridiculous. I did nothing wrong just like reporters do nothing wrong when they receive and report information,” he told The Daily Caller News Foundation.

The affidavit, signed by Special Agent Linda Cielsak, also detailed contacts between Fry and New Yorker reporter Ronan Farrow, who wrote an article on May 16, 2018 about Cohen’s financial records. Farrow quoted Fry anonymously, and asserted that the IRS agent leaked the Cohen records out of concern that they had been improperly removed from the IRS’s databases as part of what he believed to be a cover-up.

It was later reported that Cohen’s records had been removed from the general database because they were part of ongoing investigations, not because of a cover-up.

Cohen was sentenced to 36 months in prison on Dec. 12 on charges related to tax evasion, bank fraud and making illegal campaign contributions. He pleaded guilty to paying Stormy Daniels $130,000 to keep her quiet regarding an alleged affair with Donald Trump.

The legal battle between Cohen, Trump and Daniels pitted Cohen and Avenatti against each other in the press.

Once a media darling because of his aggressive approach to Trump and Cohen, Avenatti has since had a series of stumbles. In addition to financial problems with his law firm, Avenatti was referred to the Justice Department for investigation over claims he made while representing Julie Swetnick, a woman who accused Supreme Court Justice Brett Kavanaugh of sexual misdeeds. Republican Senators have accused Swetnick of fabricating the allegations.

Previous Article
TEARS IN THE COURTROOM AS SON OF GOP’S MARK HARRIS CONTRADICTS HIM DURING BALLOT HARVESTING HEARING
Next Article
EXCLUSIVE: DISGRACED FBI OFFICIALS CLAIMED ‘INSURANCE POLICY’ TEXT WAS ABOUT WHETHER TO ‘BURN LONGSTANDING SOURCES’