SANCTUARY LAWS ALLOWED ILLEGAL IMMIGRANT WHO TRIED TO KILL A COP REMAIN IN THE US, ICE CLAIMS 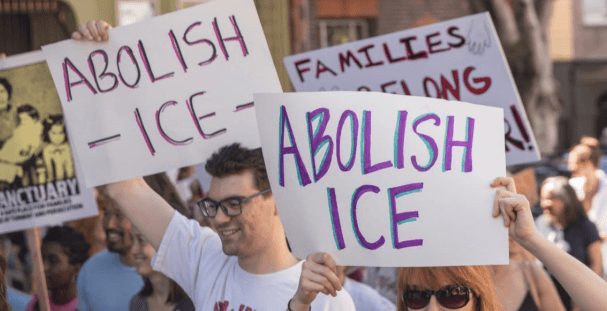 Immigration and Customs Enforcement officials claim a deadly shootout between an illegal immigrant and a sheriff’s deputy could have been prevented if California sanctuary laws allowed them to do their job.

A deadly shootout on Sunday took place between a cop and a Mexican national. During a routine traffic stop in Napa County, California, Javier Hernandez Morales, 48, attempted to shoot Napa County Sheriff’s Deputy Riley Jarecki. Jarecki was able to maneuver away and return fire, killing Hernandez Morales at the scene. Footage of the shootout was captured on the deputy sheriff’s body camera.

Hernandez Morales, who had been living in the U.S. illegally, was no stranger to law enforcement. He had been deported back to his home country of Mexico twice in 2007 and once more in 2010. However, since that time, local law enforcement officials refused to work with ICE on deporting him again, despite various crimes.

ICE lodged four different detainers for Hernandez Morales relating to battery of a peace officer, suspicion of driving while intoxicated, selling liquor to a minor and probation violations. The detainers, according to ICE, were sent to Napa County Jail in 2014, 2015 and 2016, and anther was issued to Sonoma County Jail in 2016.

Staff honored none of the detainers, allowing Hernandez Morales to leave the county jails and remain in the U.S.

“It’s unfortunate that our law enforcement partners and the community are subjected to dangerous consequences because of inflexible state laws that protect criminal aliens,” ICE said in a scathing statement against California’s sanctuary laws.

“This incident may have been prevented if ICE had been notified about any of the multiple times Hernandez-Morales was released from local custody over the last few years. This is an impactful, scary example of how public safety is affected by laws or policies limiting local law enforcement agencies’ ability to cooperate with ICE,” the statement continued.

Migrants, part of a caravan of thousands from Central America trying to reach the United States, return to Mexico after being hit by tear gas by U.S. Customs and Border Protection (CBP) after attempting to illegally cross the border wall into the United States in Tijuana, Mexico. REUTERS/Adrees Latif

ICE was referencing legislation then-Democratic Gov. Jerry Brown signed into law in 2017 that largely prohibits local law enforcement from working with federal immigration officials. The law has earned California the distinction as a “sanctuary state.”

It does not appear the deadly incident will change how Napa County law enforcement handles illegal immigrants. A spokeswoman  said the County will continue to abide by state laws. (RELATED: 30-Foot Border Wall Begins Construction In California)

“Compliance with state law is what Napa County will, in fact, follow through upon, whether there are changes in the future that change things but as of right now we do need to comply with state law and that is what our policy reflects,” Napa County Supervisor Belia Ramos said in a statement Thursday.

Previous Article
EXCLUSIVE: DISGRACED FBI OFFICIALS CLAIMED ‘INSURANCE POLICY’ TEXT WAS ABOUT WHETHER TO ‘BURN LONGSTANDING SOURCES’
Next Article
THE DIFFERENCE BETWEEN NEWSWEEK’S REPORTING OF SMOLLETT HOAX VS. CONSERVATIVE STUDENT ATTACKED ON VIDEO