NANCY PELOSI DOESN’T WANT TO IMPEACH TRUMP: HE’S ‘NOT WORTH IT’ 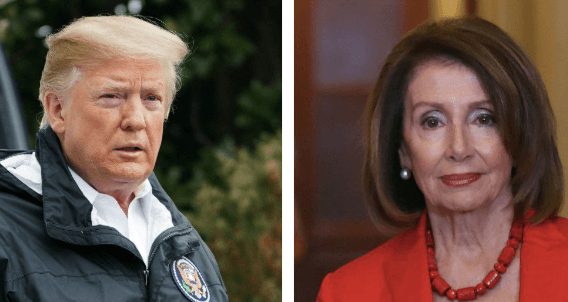 Speaker of the House Nancy Pelosi expressed opposition to filing articles of impeachment against President Donald Trump on Monday claiming that he is not worth the effort, despite being unfit to hold the office.

“I’m not for impeachment. This is news. I’m going to give you some news right now because I haven’t said this to any press person before,” Pelosi said while being interviewed by The Washington Post. “But since you asked, and I’ve been thinking about this: Impeachment is so divisive to the country that unless there’s something so compelling and overwhelming and bipartisan, I don’t think we should go down that path, because it divides the country.”

“And he’s just not worth it,” she continued.

Pelosi, who has been a frequent and vocal critic of the president, argued that Trump is not fit to hold the highest office in the land in any capacity. (RELATED: Nancy Pelosi Vacations In Luxurious Hawaiian Resort Amid Government Shutdown)

“That’s up to us to make the contrast to show that this president, while he may be appealing to you on your insecurity and therefore your xenophobia, whether it’s globalization or immigrants, is fighting clean air for your children to breathe, clean water for them to drink, food safety, every good thing that we should be doing that people can’t do for themselves,” Pelosi continued before noting that it is government’s responsibility to control certain aspects of Americans’ health and well-being.

The California congresswoman argued that the current political climate is the most divisive in the country’s history, which is not only due to Trump himself, but can also be attributed to the Republicans in Congress who enable him.

“This is coming across too negatively. I don’t usually talk about him this much,” Pelosi added. “This is the most I’ve probably talked about him. I hardly ever talk about him. You know, it’s not about him. It’s about what we can do for the people to lower health-care costs, bigger paychecks, cleaner government.”