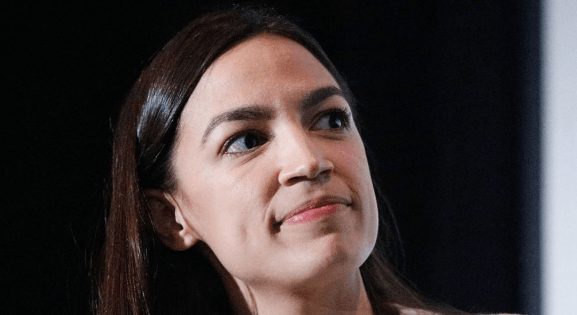 The conservative National Legal and Policy Center (NLPC) also filed an FEC complaint last week, first reported by the Washington Examiner, alleging that Justice Democrats and Brand New Congress, another PAC controlled by Chakrabarti, funneled $1 million into two private companies under his control during the 2018 midterms.

“As a former FEC commissioner who has studied the complaint against Ocasio-Cortez and Chakrabarti, I have concluded that there is unquestionably more than enough evidence to justify the FEC opening a civil investigation,” Hans von Spakovsky, now a Heritage Foundation senior legal fellow, wrote in a Fox News op-ed Sunday.

“There seems to be enough evidence here to justify opening a criminal investigation,” he added.

Ocasio-Cortez never disclosed to the FEC that she and Chakrabarti, who served as her campaign chair, controlled Justice Democrats while it was simultaneously supporting her primary campaign. If the FEC finds that her campaign and the political action committee were operating in affiliation, it could result in her campaign receiving excessive contributions, former FEC commissioner Brad Smith told TheDCNF.

The two continue to serve as “governors” of Justice Democrats, according to the PAC’s business filings in Washington D.C.

Alexandria Ocasio-Cortez and Saikat Chakrabarti listed as governors of Justice Democrats on March 8, 2019, at 2:28 pm. (Screenshot/DCRA)

Von Spakovsky said Chakrabarti’s use of two LLCs under his control to fund “campaign infrastructure and fundraising” services for his PACs and 12 political candidates, including Ocasio-Cortez, runs counter to Ocasio-Cortez’s call for more transparency in government.

“Is the New York congresswoman – who claims to be an honest and upstanding crusader for good government and transparency – really a hypocrite who improperly hid her own campaign spending in a complex maze of fundraising groups?” von Spakovsky asked.

Von Spakovsky said he expects the four active FEC commissioners, two Republicans, one Democrat and one independent, will vote in favor of opening an investigation into Ocasio-Cortez “given all the evidence of possible violations of the law that has already been made public.”

“We don’t know what further investigation will find,” he said. “But it is clear an investigation is needed to determine if Ocasio-Cortez and Chakrabarti broke the law.”