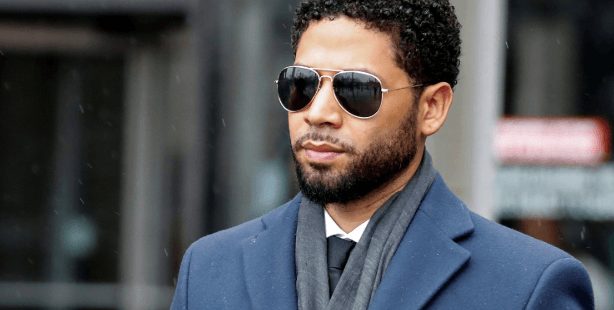 The Chicago police department is reportedly furious after the state dropped charges against actor Jussie Smollett, who allegedly staged a fake hate crime against his person.

“Empire” actor Smollett, 36, was arrested and charged in February for allegedly filing a false police report which claimed he was attacked, splattered with a chemical substance and put into a noose-like rope. The two attackers yelled, “This is MAGA  country” in the Jan. 29 attack on Smollett, according to the actor.

Smollett’s attorneys announced at a Chicago courthouse Tuesday that the state had dropped all 16 charges against the actor. “There is no deal. The state dismissed the charges,” one of his attorneys, Patricia Brown Holmes, said. “We are very anxious for Jussie to get on with his career and his life, and to move forward.”

Holmes’ statements come shortly after reports that Chicago Police Superintendent Eddie T. Johnson is furious with the state’s dismissal of the charges against Smollett.

He had no heads up this was going to happen.

Holmes added in her Tuesday statements that the state can pursue and bring charges upon further investigation. The media should not be used as a tool to prematurely bring a case against the actor, the attorney added. (RELATED: Report: Potential Motive In Jussie Smollett Alleged Attack Released)

“I have no idea what occurred in this case and why it occurred … things seemed to spiral out of control,” Holmes also said in front of the courthouse.

Smollett forfeited his bond, according to Holmes.

“After reviewing all of the facts and circumstances of the case, including Mr. Smollett’s volunteer service in the community and agreement to forfeit his bond to the City of Chicago, we believe this outcome is a just disposition and appropriate resolution to this case,” The Cook County State’s Attorney’s Office said in a Tuesday statement, according to CNN.

The actor also delivered brief remarks Tuesday, thanking his family, friends and the city of Chicago for their support. He again vehemently denied the accusations made against him.