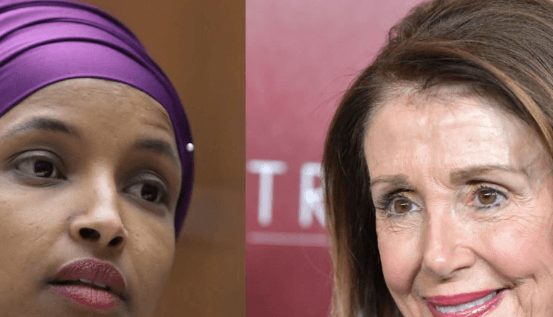 Pelosi touted the House’s latest anti-resolution — which was prompted by a series of comments Omar made that were criticized as anti-Semitic — and took a clear position against the BDS movement in her speech at the American Israel Public Affairs Committee’s (AIPAC) annual conference.

Pelosi noted the House’s anti-hate resolution included condemnation for “the pernicious myth of dual loyalty and foreign allegiance, especially in the context of support for the United States-Israel alliance.”

“We must also be vigilant against bigoted or dangerous ideologies masquerading as policy, and that includes BDS,” she added.

“A condemnation for people who want to exercise their First Amendment rights is beneath any leader,” she told Newsweek. “I hope that we find a better use of language when we are trying to speak as members of Congress that are sworn to protect the Constitution.”

U.S. Speaker of the House Rep. Nancy Pelosi arrives at a news conference at the U.S. Capitol on Jan. 4, 2019 in Washington, D.C. (Photo by Alex Wong/Getty Images)

Omar, a supporter of the BDS movement, previously stirred controversy by appearing to question the loyalties of Israel supporters.

She also specifically accused AIPAC of buying support for Israel among American lawmakers.