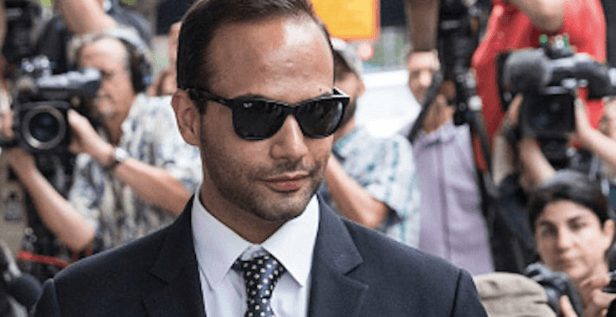 Papadopoulos was the spark for the FBI’s collusion investigation of the Trump campaign.

Collins, a Georgia Republican, released the 239-page transcript on the same day that Papadopoulos released his book, “Deep State Target.” The release also follows two days after the Justice Department revealed that special counsel Robert Mueller found no evidence of collusion between the Trump campaign and Russia.

Papadopoulos was the FBI’s catalyst for Crossfire Hurricane, the counterintelligence investigation into possible coordination between the Trump campaign and Russian government.

In testimony on Oct. 25, 2018, Papadopoulos laid out a series of contacts he had during and after the 2016 campaign, including with Stefan Halper, an FBI informant.

Halper, a former Cambridge professor, contacted Papadopoulos in September 2016 with an offer of $3,000 to write a policy paper. The paper was a ruse for Halper to meet with Papadopoulos to ask him questions about any contacts he may have had with Russians. (RELATED: A London Meeting Before The Election Aroused George Papadopoulos’s Suspicions)

Halper also made contact during the campaign with Carter Page, another Trump campaign adviser and target of four FBI surveillance warrants.

FBI Director Robert Mueller waits for the beginning of a hearing before the Senate Judiciary Committee June 19, 2013 on Capitol Hill in Washington, D.C. (Photo by Alex Wong/Getty Images)

The FBI opened the probe on July 31, 2016 after receiving information from the Australian government regarding diplomat Alexander Downer’s meeting with Papadopoulos on May 10, 2016 in London.

Downer claimed Papadopoulos mentioned something about Russia having information on former presidential candidate Hillary Clinton. Papadopoulos has claimed two weeks prior to that meeting, a Maltese professor named Joseph Mifsud had told him that Russia had “dirt” on Clinton in the form of “thousands” of her emails.

Papadopoulos pleaded guilty in the special counsel’s investigation on Oct. 5, 2017 to making false statements to the FBI during a Jan. 27, 2017 interview. He was sentenced to 14 days in prison on Sept. 7, 2018.

Since his sentencing, Papadopoulos has come forward to accuse the FBI of unfairly targeting him through a series of suspicious approaches, including by Halper. He has speculated that Downer and Mifsud were part of a sting operation intended to entrap him and the Trump campaign.

In his congressional testimony, Papadopoulos also discussed his interactions with Sergei Millian, an alleged source for the Steele dossier. The former Trump aide said the FBI initially wanted to talk to him about Millian, who days before the January 2017 interview had been identified in the press as a source for the dossier.

Millian, the chairman of the Russian American Chamber of Commerce, reached out to Papadopoulos for the first time on July 15, 2016. They met shortly after.

Papadopoulos told lawmakers that Millian claimed to have ties to Michael Cohen, a former Trump lawyer, and said he wanted to help the campaign.

Content created by The Daily Caller News Foundation is available without charge to any eligible news publisher that can provide a large audience. For licensing opportunities of our original content, please contact [email protected].