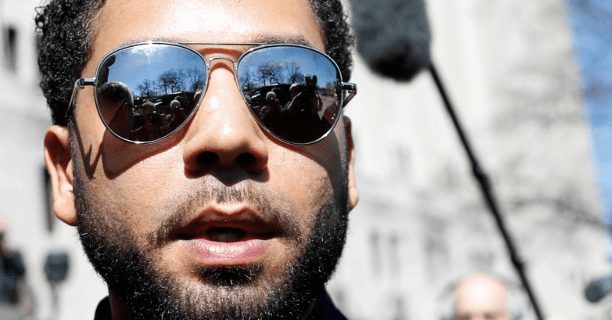 The Chicago Police Department (CPD) has photos of the Osundairo brothers driving in a car with Jussie Smollett in the days leading up to the fake attack.

The revelations come as CPD released their investigative files in response to a Freedom of Information Act request.

The files were first released by the Chicago area blog CWB Chicagoand reviewed by The Daily Caller.

While their names were blacked out, it is clear from the narrative in the files that the blacked out portions refer to them. Moreover, the same text describing the police showing a photo appears twice, which suggests both brothers were asked about it. (RELATED: Chicago Mayor Rahm Emanuel Crushes Notion There Wasn’t Enough To Charge Jussie Smollett)

Later on in the file, the records state: “R/D asked [the two Osundairo brothers] the area in which Smollett drove on 27-Jan-2019 after [the two Osundairo brothers] were picked up by Smollett in front of their residence on Ashland Avenue, taking Ashland Avenue to Irving Park Road. Smollett then took Irving Park Road to Lake Shore Drive to the area where the attack would take place.”

A CPD representative declined to comment stating that as of March 27, 2019, per a judge’s order, the department is forbidden from commenting further on the case. The spokesperson said the files reviewed by the Caller were released the previous day before the order was instituted.

The two brothers deny having anything do with the letter sent to the “Empire” set prior to the attack, which is now being investigated by the Federal Bureau of Investigation (FBI).

“Both [Osundairo brothers] stated they had nothing to do with that letter. They were emphatic in their denial,” according to police reports.

The files also show that CPD took great pains to protect Smollett from media attention and other prisoners when he was booked and processed. The arrest was initiated at 5:10 AM, and Smollett refused to answer any questions, according to the police file.

“At no time while on the 001st District was Smollett handcuffed, placed in a cell, or subjected to the media,” the report states.

“R/D and Detective Theis drove Smollett directly to the Cook County Jail, located on 2700 South California Ave in Chicago. R/D hand carried the arrest paperwork for Smollett,” the report states. “R/D contacted Lt. Cintron of the Cook County Sheriff’s Department who allowed R/D, Detective Theis and Smollett to enter the facility via the receiving area. R/D went inside while Det Theis and Smollett waited in the police vehicle. R/D introduced himself to Lt. Cintron who asked if Smollett could wait in the Chicago Police vehicle until the receiving area was free of other prisoners. R/D agreed and at the request of Smollett, asked Lt. Cintron if Smollett could be kept segregated and housed separately until his appearance in bond court. Lt. Cintron stated he would facilitate R/D’s request.”

Smollett appeared in bond court later that afternoon and was released after posting $10,000 for his bond.

Much of the public was shocked when it was announced March 26 that all charges against Smollett would be dropped in exchange for him forfeiting his bond and community service, which was later revealed to have been done at Operation PUSH, run by Jesse Jackson.

Messages left with the Cook County State’s Attorney’s office, which made the deal, and Smollett’s attorney, Patricia Brown Holmes, were not returned as of press time.