REPORTERS CONCLUDE THAT REPORTERS SUCCEEDED IN COVERING THE MUELLER INVESTIGATION 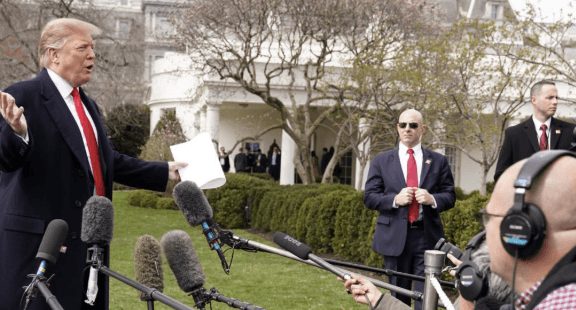 As media, pundits, Congress and the American people begin to digest the Mueller report released Thursday, a number of reporters have already raised their own hands to declare victory.

Washington Post correspondent Philip Bump argued that Mueller’s report made it “clear that the vast amount of reporting by mainstream outlets about Trump and Russia was on the mark.” (RELATED: Washington Post’s Preview Of Friday Front Page Leaves Out Principal Conclusion: No Collusion)

He then dismissed criticisms of his assessment as proof that many people live in alternate universes:

Washington Post media reporter Paul Farhip claimed that “the press reports were accurate,” and the fake news “came from Trump and his aides”:

GQ Magazine correspondent Julia Ioffe claimed that it proved the “vast majority” of reporting on Trump and Russia to be “extremely accurate”:

CNN’s Brian Stelter and Oliver Darcy teamed up to write the following:

Over in one world, established news organizations reported the news. 1) The Mueller report detailed the Russian contacts with the Trump campaign, but did not establish a criminal conspiracy, and 2.) That Trump repeatedly attempted to curtail the investigation. Journalists also pointed out that the Mueller report corroborated much of the reporting that’s been done for the last two years.

But over in the other world, the one dominated by pro-Trump, right-wing media personalities, a completely different narrative unfolded. Commentators exclaimed “NO COLLUSION” while willfully drowning out the other findings of the report. The focus was on revenge. This universe also favored the demeaning of journalists, asserting the report had forever tarnished the reputation of the press.

CNN guest Shimon Prokupecz claimed that Mueller had “corroborated a lot of the good journalism that was done.” (RELATED: CNN Contributer Hopes ‘Nobody Missed Leg Day’ Because ‘Goalposts Are Going To Be Heavy’)