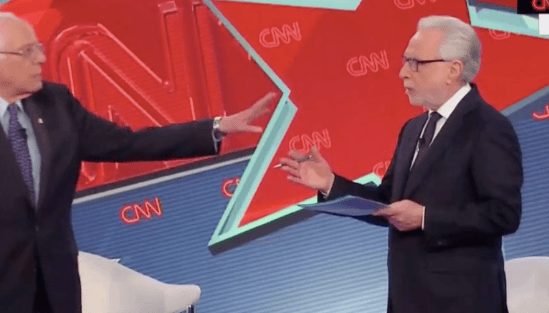 The average viewership for each of their town halls was 1,201,000 with 371,000 in the 25-54 key age demographic, according to early Nielsen Media Research. MSNBC’s nightly programming of Chris Matthews, Chris Hayes, Rachel Maddow, Lawrence O’Donnell and Brian Williams had over half a million more, with 1,810,000 viewers, but CNN beat them in the key demo.

Fox News’ coverage of Martha MacCallum, Tucker Carlson, Sean Hannity, Laura Ingraham and Shannon Bream finished the night with over a million more viewers than the town halls, averaging 2,262,000 viewers with 380,000 in the demo.

Warren, who had a previous town hall on the network, barely beat that one out with a viewership of 1,180,000 people. The town hall on Monday lost out to Carlson’s show by 1.7 million viewers.