NINE RADICAL POLICIES 2020 DEMOCRATS ARE PUTTING ON THE TABLE 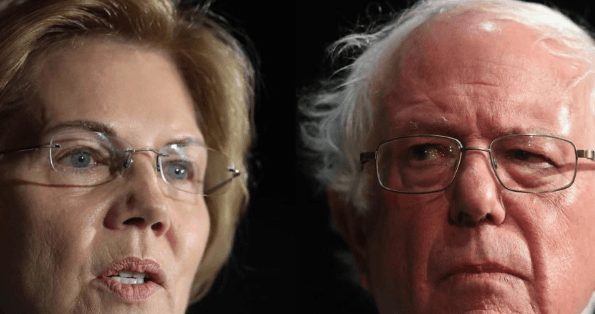 Democratic presidential candidates are increasingly embracing radical policies as they jockey for position in their party’s crowded primary.

Here are nine radical policies that Democratic candidates say are on the table in 2020:

Reps. Eric Swalwell of California and Tulsi Gabbard of Hawaii voted for legislation in March that would have lowered the federal voting age to 16. Harris and New Jersey Sen. Cory Booker both expressed openness to lowering the voting age when asked about it by The Daily Caller News Foundation in March. Harris said she is “open to that conversation for sure,” while Booker said he hadn’t “thought about it” but was “willing to hear the case.” O’Rourke has also said he’s open to lowering the voting age.

Booker, Buttigieg, Harris, Gabbard and Gillibrand all support the Equality Act, which would require schools to allow male athletes who identify as transgender girls to compete on female sports teams. The bill would amend the Civil Rights Act of 1964 to make “sexual orientation and gender identity” protected characteristics under federal anti-discrimination law. Among other things, the bill would force public schools to expand female athletic teams to include biological males who identify as transgender girls. (RELATED: Male Runners Continue Dominating Girls’ High School Track In Connecticut)

Abolishing the electoral college is another idea being taken seriously by 2020 Democrats. “Every vote matters, and the way we can make that happen is that we can have national voting, and that means get rid of the Electoral College,” Warren said in a CNN town hall in March. “Absolutely, it’s got to go,” Buttigieg said in March when asked if he supports abolishing the electoral college.

Booker expressed his support for the idea that same month. “I believe very simply that in a presidential election the person with the most votes should be the president of the United States,” he said.

“Let’s abolish the electoral college. If we get rid of the Electoral College, we’d get a little closer to one person, one vote,” O’Rourke said on April 1. Harris said she is “open” to the idea. Gillibrand co-sponsored a bill this month that would eliminate the electoral college. “I believe that it’s time to get rid of the Electoral College, and I am ready to fight in Congress and around the country to pass this Constitutional Amendment to do that,” she said.

Vermont Sen. Bernie Sanders’s Medicare-for-All proposal calls for eliminating private health insurance. Booker, Harris, Gillibrand and Warren have all signed onto the bill in the Senate, and Gabbard co-sponsored the House version. “Let’s eliminate all of that. Let’s move on,” Harris said in a CNN town hall in January, referring to private health insurance.

Terrorists And Mass Murderers Get to Vote In Federal Elections

Sanders wants to restore voting rights not just to formerly incarcerated felons, but to currently incarcerated felons as well. That would include terrorists like the Boston bomber, rapists and other violent criminals, Sanders admitted Monday. Harris expressed her openness to the idea Monday, before later walking it back Wednesday.

New York entrepreneur Andrew Yang’s platform includes a government crackdown on online “misinformation,” which would include penalties for media companies. Yang’s proposal would introduce “penalties for persistent and destructive misstatements that undermine public discourse,” according to his campaign website. “If enough citizens complain about a particular source of information and news is demonstrably and deliberately false, there should be penalties,” Yang’s website states.

Free college — funded by taxpayers — is also on the table for 2020. Warren unveiled her plan Monday to cancel student loan debt for many Americans, while making public universities tuition-free. “Experts estimate my debt cancellation plan creates a one-time cost to the government of $640 billion,” Warren wrote in a Medium post. “The Universal Free College program brings the total cost of the program to roughly $1.25 trillion over ten years.”

Sanders, a democratic socialist, has been demanding free college for years, but Warren said her plan “goes further” than his.