WATCH ‘SEAL TEAM’ PREVIEW FOR ‘MY LIFE FOR YOURS’ EPISODE 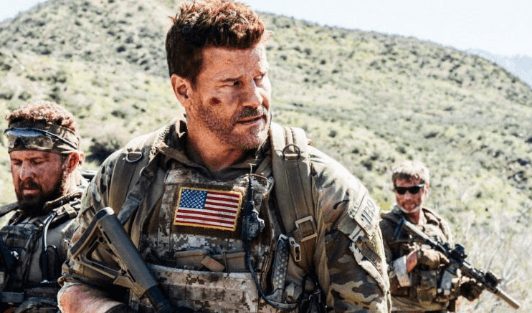 The next episode of “SEAL Team” looks like it’s going to be lit.

The plot of the latest episode, according to CBS’ YouTube description, is, “Bravo Team desperately searches for Ray after he gets separated from them while in enemy territory.”

For those who might not remember, Ray’s parachute didn’t deploy during a jump into the disputed territory between Pakistan and India.

Watch the short preview below.

CBS also dropped two inside looks at the episode, and both make it look like the episode will have plenty of action throughout. (RELATED: ‘SEAL Team‘ Star Max Thieriot Discusses Season 2, Teases Some ‘Great Action’ In Coming Episodes)

They can’t kill Ray, right? They just can’t. He’s in the middle of a story arc right now that seems him beefing with Jason a ton. Killing him off before it’s resolved would be a massive mistake by the writers.
They just can’t let that happen or “SEAL Team” fans will revolt. I can promise you that much. We can’t lose Ray. He’s way too important to Bravo, and he’s one of the most fascinating characters on the whole show.

Tune in this Wednesday on CBS to find out if Ray makes it and if the rest of the team gets out alive during their rescue attempt. The episode looks like it’ll be extremely high octane, and that’s why we love the show so much.

It should be a great one.