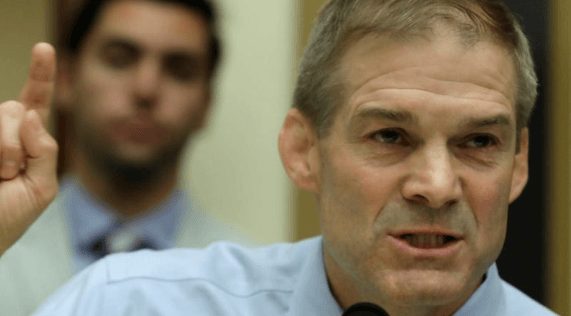 “Bill Barr’s following the law, and what’s his reward?” Jordan asked. “Democrats are gonna hold him in contempt.”

The House Judiciary Committee voted 22-12 to hold Barr in contempt of Congress after the attorney general refused to turn over the full, un-redacted Mueller report to the committee. RELATED: Sen. Richard Blumenthal Tells Barr That ‘History Will Judge You Harshly’)

Jordan, the ranking member of the committee, claimed that Democrats want to “destroy” Barr because they are worried that he might investigate how the investigation into Russian interference in the 2016 election began.

“Democrats are nervous he’s gonna get to the bottom of everything,” Jordan said. “He’s gonna find out how and why this investigation started in the first place.”

Jordan was referring to Barr’s testimony in front of the Senate Appropriations Committee last month where the attorney general said that he believed “spying did occur” on Trump’s 2016 campaign and that the Justice Department would investigate it. (RELATED: Joe Biden Says Democrats May Have No Choice But To Impeach)

The White House announced while the hearing was occurring that President Donald Trump would invoke executive privilege regarding the full, un-redacted Mueller report.

“The attorney general has been transparent and accommodating throughout this process, including by releasing the no-collusion, no-conspiracy, no-obstruction Mueller Report to the public and offering to testify before the Committee,” White House press secretary Sarah Sanders said in a statement. “These attempts to work with the committee have been flatly rejected.”

“Faced with [House Judiciary] Chairman [Jerry] Nadler’s blatant abuse of power, and at the Attorney General’s request, the President has no other option than to make a protective assertion of executive privilege,” she continued.