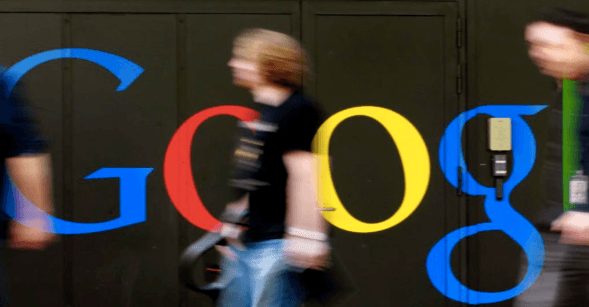 A Republican Google software engineer has written an open letter describing a culture of left-wing “outrage mobs” that make use of the company’s anonymous bias reporting channels to shut down dissent.

The open letter, published Tuesday morning on Medium, was written by software engineer Mike Wacker, who was reported himself multiple times via the company’s anonymous reporting tools.

“If left unchecked,” Wacker wrote, “these outrage mobs will hunt down any conservative, any Christian, and any independent free thinker at Google who does not bow down to their agenda.”

In one case, Wacker describes a fellow Republican employee who was reported for saying nice things about the University of Toronto academic Jordan Peterson. He was given a note in writing that said, “One Googler raised a concern that you that you appeared to be promoting and defending Jordan Peterson’s comments about transgender pronouns, and this made them feel unsafe at work.” (RELATED: Documents Detailing Google’s ‘News Blacklist’ Show Manual Manipulation Of Special Search Results)

Wacker himself was twice reported via the company’s anonymous reporting channels.

“You wrote in the activists-us@ group: ‘The definition of ‘Google’s values’ that matters is the one used by Google’s activists, who could only be described as ‘nonpartisan’ in the same sense that the Women’s March could be described as inclusive towards pro-life Jewish women,’” reads a note he received in January. “Other members of the group responded that your statement was percieved [sic] as hateful/incendiary/inflammatory. [redacted].”

In February, he received a note that said, “You received feedback on industry-info@ that your comments were ‘rude, disrespectful, and intellectually dishonest.’”

In another post, Lemoine added “If you think that trans women aren’t women then you can either keep it to yourself or GTFO.”

It appears the company is trying to make that happen.

Wacker describes a meeting in March with HR and his manager, in which he claims to have been offered a severance package from the company.

I was pulled into a meeting of my own with my management and HR. During that meeting, I received a final written warning, and I received a verbal offer of 8 weeks of severance pay if I left the company. That verbal offer of severance was an implied threat of termination. While they never said it explicitly, it was clear that if I didn’t take that offer, they would invent some pretext to fire me shortly thereafter.

A spokesperson for Google declined to comment on Wacker’s situation, but added that, “to make sure that no complaint raised goes unheard at Google, we give employees multiple channels to report concerns, including anonymously, and investigate all allegations of retaliation.”