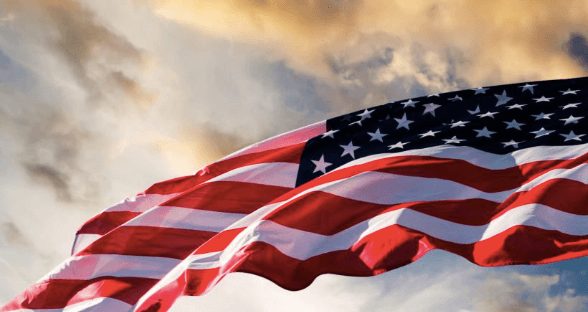 A North Carolina company is fighting fines and a lawsuit reportedly from the city over flying a huge American flag.

Camping World flies a 40-by-80-foot flag outside of its Gander RV location in Statesville, North Carolina, as a way to honor military members and veterans. The city, however, believes Camping World is violating codes that say a flag cannot be more than 25-by-40 feet if it is flown 100 feet from a highway, WSOC reported Monday.

Camping World, an outdoor supply and RV company, said it faces a $50 per day fine retroactive to Oct. 15, 2018. (RELATED: Stanford Frat Told Their American Flag Was ‘Offensive’ By Admin, Hangs Much Bigger Flag)

“I don’t care if it goes to $500 a day,” Marcus Lemonis, CEO and chairman of Camping World and Gander RV, said according to WSOC. “It’s not coming down.”

A Statesville spokesperson said the city began fining the company after asking it to take down the flag several times, WSOC reported. City officials failed 3-5 to vote in an ordinance that would allow Camping World to fly a flag of its size.

“On Tuesday, May 7, 2019, Statesville City Attorney Leah Messick filed an injunction against Holiday Kamper Co. (owner of Gander RV in Statesville) for violating the City’s regulations on displaying flags,” the city’s website said. “The complaint asks the Court to order Gander RV to comply with the ordinance.”

North Carolina officials said in 2015 Camping World could not fly the flag due to a city ordinance, WSOC reported.

Camping World did not immediately respond to The Daily Caller News Foundation’s request for comment.