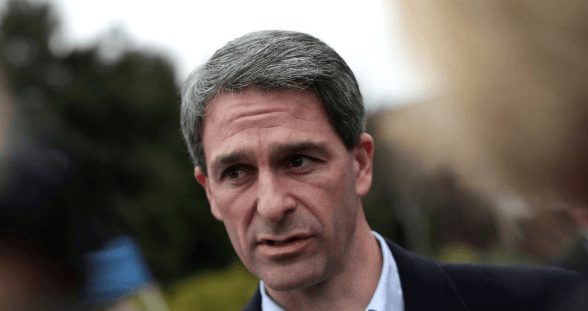 President Donald Trump is planning to pick former Virginia Attorney General Ken Cuccinelli to fill an immigration post in the administration, a White House official confirmed to The Daily Caller on Tuesday.

Cuccinelli will be taking a role in the Department of Homeland Security (DHS), but will not be in the “immigration czar” position that Trump is reportedly creating separately.

A White House official told The New York Times on Tuesday that the appointment could occur as soon as this week, although the details of the position are still being worked out between Cuccinelli and other officials.

Conservative leaders pushed for Cuccinelli to take over the Department of Homeland Security (DHS) when former Secretary Kirstjen Nielsen left the agency in April.

Instead, the president came up with the idea of creating the “immigration czar” position and was reportedly considering offering the job to either Cuccinelli or former Kansas Secretary of State Kris Kobach. But Cuccinelli will be working out of DHS rather than the White House, which will require he be confirmed to the position by the Senate. He will not take the “czar” position, the White House official told the Caller.

The confirmation process could prove to be an obstacle, as Senate Majority Leader Mitch McConnell previously told the president not to pick Cuccinelli for the DHS secretary position. (RELATED: Trump Mulling Idea Of Creating ‘Immigration Czar’)

The former state attorney general is well-aligned with the president’s immigration priorities and has made a habit of defending the administration in various appearances on cable television, most recently on CNN as a signed contributor.

Cuccinelli unsuccessfully ran for governor of Virginia in 2013 and was condemned by The Washington Post editorial board for his opposition to birthright citizenship and his desire to take unemployment benefits away from illegal immigrants.

Cuccinelli did not respond to a request for comment.