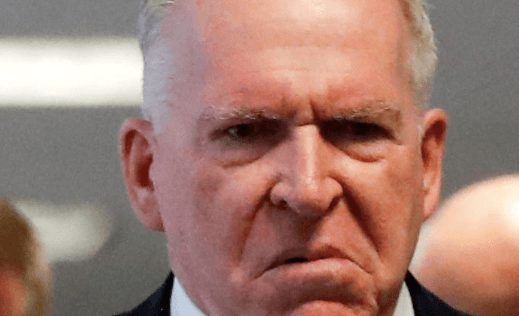 “The concern is that very, very precious source and methods of the United States intelligence community as well as our partners and allies abroad — those who share this sensitive information with us,” Brennan said on MSNBC on Friday.

But Brennan’s concern, which was echoed by other intelligence community veterans and TV pundits on Friday, may be misplaced.

Government officials who appear to not be allies of Trump have been behind countless leaks of classified information regarding sources, methods and investigative targets in the Trump-Russia probe. Some of the leaks have disclosed the existence of surveillance warrants and FBI informants used against the Trump campaign.

In one case, the FBI official who led the investigation into Russian interference, Peter Strzok, believed that the CIA was leaking highly classified assessments about Russia’s election-related activities to the press. (RELATED: Peter Strzok Suspected CIA Was Behind Inaccurate Media Leaks)

“I’m beginning to think the agency got info a lot earlier than we thought and hasn’t shared it completely with us. Might explain all these weird/seemingly incorrect leads all these media folks have. Would also highlight agency as source of some of the leaks,” Strzok wrote in a text message on April 13, 2017.

“Think our sisters have begun leaking like mad. Scorned and worried and political, they’re kicking in to overdrive,” Strzok wrote on Dec. 15, 2016, a day after NBC News reported that the CIA believed that Vladimir Putin directed the computer hacks against Democrats.

The New York Times has since reported that a person close to Putin is the CIA’s lone source for the information about Putin. The Times reported on Friday that current and former intelligence community officials are concerned that the source (who the newspaper identified as a man) could be in danger because of Trump’s declassification order.

But there is no indication that Trump’s order will lead to the disclosure of top-secret sources, including those working inside the Kremlin.

On Thursday, Trump directed the heads of various intelligence community agencies, including the FBI and CIA, to provide materials to Attorney General William Barr as part of a review he is conducting of surveillance activities directed at the Trump campaign.

Barr has said that he believes that “spying” occurredagainst the Trump campaign, and that he is investigating whether it was legal or illegal.

Trump also granted Barr the authority to declassify documents as he sees fit. Brennan said Friday that he is concerned that Barr will release highly sensitive information in “willy nilly” fashion.

In addition to Brennan’s interview on MSNBC, former CIA and FBI officials, many of them who have been critical of Trump, laid out their concerns about declassification to Politico and The Washington Post.

The Times article which revealed new details of the CIA’s Kremlin source echoed those fears.

According to the Times, the source, who the CIA has cultivated for years, provided the information that Putin was behind the cyber attacks and social media disinformation activities during the 2016 presidential campaign.

Despite those concerns, neither Trump nor Republicans have pushed for declassification of information about CIA sources.

Emboldened by the special counsel’s report, which found no evidence of a conspiracy between the Trump campaign and Russia, Republicans have also focused narrowly on information regarding U.S. agencies’ surveillance activities against Trump associates.

Halper worked with a government investigator who used the alias Azra Turk during meetings with Papadopoulos in London in September 2016. It is still unclear whether Turk was working for the FBI or another government agency. (RELATED: EXCLUSIVE: A London Meeting Before The Election Aroused George Papadopoulos’s Suspicions)

The identification of Halper and Turk’s work as government operatives highlights one irony in the argument made by Brennan & Co.

Though The Daily Caller News Foundation was the first to report details of Halper and Turk’s activities in March 2018, Halper was confirmed as an FBI informant by The New York Times and Washington Post two months later. Turk was identified as a government investigator by The Times on May 2.

The Times has published other articles that revealed sensitive details of U.S. intelligence gathering activities as part of the Trump-Russia probe. On Jan. 19, 2017, The Times reported that U.S. intelligence agencies were reviewing intercepted communications as part of the Trump-Russia probe. And on Feb. 14, 2017, the paper citedfour current and former law enforcement officials who claimed that Trump associates had repeated contacts with Russian intelligence.

The Washington Post revealed in a bombshell reportpublished on April 11, 2017, that the FBI had obtained surveillance warrants against Page. The existence of the warrants was considered top-secret information. The leak ultimately paved the way for the unprecedented declassification of significant portions of the Page surveillance warrants.

The Times also reported on Dec. 30, 2017 that an Australian diplomat was the source of the information about Papadopoulos that sparked the FBI’s counterintelligence probe of the Trump campaign. The information was considered highly classified source information.