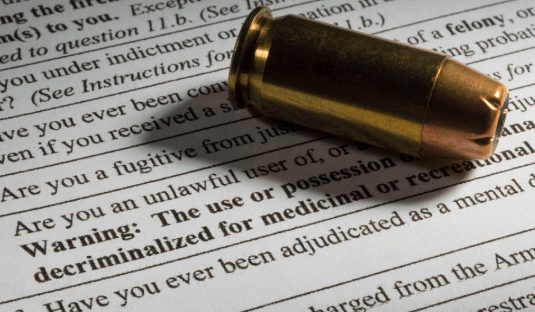 The California Senate passed a bill Thursday that could limit gun ownership for people with certain repeated alcohol-related convictions.

SB55, which passed by a vote of 26-10, would revoke a gunowner’s permit for 10 years if he or she is convicted of over two or three misdemeanors, depending on the offense, involving drinking within a three-year period, including DUI, disorderly conduct and public intoxication, according to the measure.

Gun Owners of California, a gun rights group, has opposed the bill since its introduction in December 2018, comparing its effect to the movie “Minority Report” because they say the law would punish people who haven’t committed gun-related crimes, but who have instead been convicted of crimes determined by researchers to predict gun violence.

“In other words, even if you have never committed an act of violence, the state can yank your rights because of what they THINK you MIGHT do,” the group wrote on its website. “And if you think this is not already happening around the world, think again.” (RELATED: ‘Predictive Policing’ Is Making ‘Minority Report’ A Reality)

The updated law would be an add-on to California’s existing list of offenses that prohibit gun ownership, including felony or misdemeanor conviction of crimes involving violence, hate or the unlawful use of firearms.

“Those who are convicted of the offenses included in SB 55 already face significant jail time and fines for the offense itself,” it said in comments submitted for the bill’s March 26 committee hearing.

“The criminal justice consequences of this bill that could follow them for a decade will not only worsen our state’s over-incarceration problem but will also have a disproportionate impact on communities of color.”

SB55 is heading to the California Assembly for consideration.