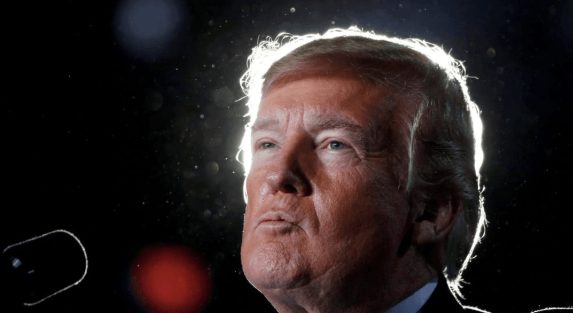 Republicans uncomfortable with the idea of a tariff war are reportedly mulling whether to vote against the president’s proposed tariff hikes against Mexico.

A number of congressional Republicans could join their Democratic counterparts in a vote to block President Donald Trump if he moves forward with threats to slap tariffs on all Mexican goods, according to a report from the Washington Post.

Such a move would serve as a sharper GOP rebuke to the president than the failed attempt earlier this year to revoke his emergency border declaration.

Similar to the resolution condemning the emergency declaration, a vote to block Trump’s tariffs would likely begin in the Democratic-controlled House and then move to the Senate, where enough Republicans could defect.

“I know he’s, sometimes in his frustration, expressed his intention to do certain things but after calm reflection and consultation with the members of the Congress has decided maybe to pursue a different course, so that’s what I hope would happen here,” Texas Republican Sen. John Cornyn said to reporters on Monday.

Other Republican senators have also publicly expressed their disapproval of the plan.

“He’s a tariff guy,” Iowa Republican Sen. Joni Ernst stated Monday after speaking with the president. The Iowa lawmaker, who said she was “not pleased” about the tariff idea, pushed Trump not to move forward with the threat.

“There are going to be concerns expressed about whether this is the right way to get Mexico’s attention on the border security issue,” Senate Majority Whip John Thune, a Republican from South Dakota, said Monday. “It’s going to not be viewed favorably in my state, for sure.”

WASHINGTON, DC – AUGUST 21: U.S. Senate Majority Whip Sen. John Cornyn (R-TX) speaks to members of the media as he reacts on the verdict of the Manafort trial August 21, 2018 at the U.S. Capitol in Washington, DC. Former Trump campaign chairman Paul Manafort was found guilty on eight counts of bank and tax fraud as part of special counsel Robert Mueller’s investigation into Russian interference in the 2016 presidential election. The jury was hung on 10 other counts. (Photo by Alex Wong/Getty Images)

GOP skepticism follows the president’s announcement that he would impose incremental tariffs on all Mexican imports, unless they crack down on illegal immigration.

The Trump administration, under the plan, wold slap Mexican goods with a 5% tax beginning on June 10. This tariff would increase by 5% each month, potentially reaching a maximum of 25% by October. The president said the tariffs would be removed if Mexico demonstrates that it’s doing more to stop the record flow of illegal migration pouring through its borders and into the U.S.

Hoping to stave off a tariff war, top Mexican officials held a press conference at their embassy in Washington, D.C., on Monday, and delegations from both countries are set to begin negotiations on Wednesday.

Speaking alongside British Prime Minister Theresa May during a Tuesday press conference, Trump fired a warning shot when asked about the possibility of a GOP rebuke to his tariff proposal. (RELATED: Surge Of Bangladeshi Migrants With Bogus Passports Causing US To Rely On Dental Exams)

“I don’t think they’ll do that. If they do that, it would be foolish,” he said. “I think Mexico will step up and do what should have been done.”

Previous Article
PM THERESA MAY GIFTS TRUMP A DRAFT OF THE ATLANTIC CHARTER
Next Article
FORMER ICE DIRECTOR TOM HOMAN: ‘IF I’M A TERRORIST … I WANT TO TAKE ADVANTAGE OF THE BORDER’