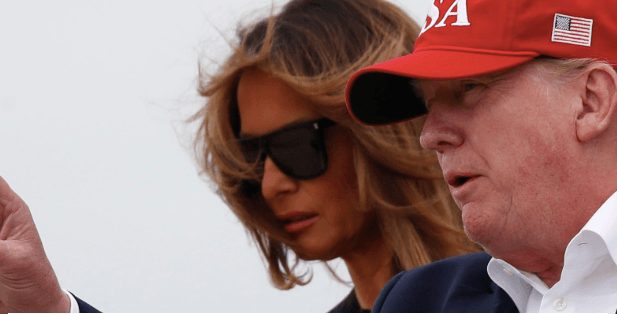 President Donald Trump kicked off Sunday morning by teasing a surprise addition to the recently-announced deal between the United States and Mexico.

The president began by firing back at the New York Times for an article published Saturday that asserted Mexico had already agreed months ago to take the actions announced Friday. (RELATED: Trump Announces Agreement WIth Mexico)

The article, titled “Mexico Agreed to Take Border Actions Months Before Trump Announced Tariff Deal,” suggested that Trump may have touted Friday’s deal as a way to “save face” despite not actually making any headway.

“Another false report in the Failing @nytimes. We have been trying to get some of these Border Actions for a long time, as have other administrations, but were not able to get them, or get them in full, until our signed agreement with Mexico,” Trump tweeted.

The president went on to argue that Mexico had not historically been cooperative, but he believed a turning point had been reached.

Taking another swing at the NYT and CNN, the president argued that if Mexico did not hold up its end of the bargain he could always go back to threatening or even following through with imposing tariffs.

The Trump administration secured Friday’s deal by holding up the threat of a progressive tariff, beginning at 5%, against Mexican goods, if no action was taken to curb the flow of illegal immigration through Mexico to the United States.

The president went on to complain that he wasn’t getting credit for making good deals, arguing that if such a deal had been reached by the previous administration, it would have been front page news and “a National Holiday would be immediately declared.”

Previous Article
TOP HOUSE DEMOCRAT: ‘I DON’T HAVE ANY DIFFICULTY’ WITH PELOSI CALLING FOR TRUMP TO GO TO PRISON
Next Article
ARIZONA BORDER MAYOR SPEAKS OUT ABOUT THE MIGRANT CRISIS