ARIZONA BORDER MAYOR SPEAKS OUT ABOUT THE MIGRANT CRISIS 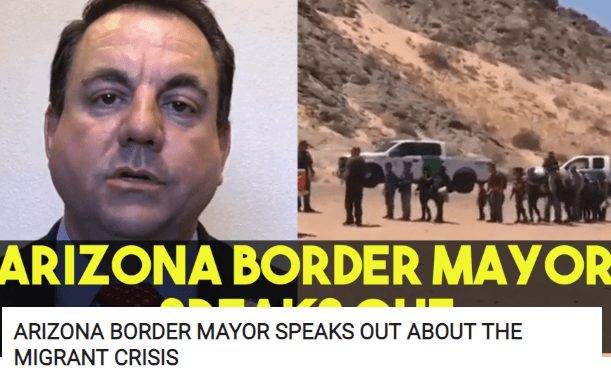 Border Mayor Douglas Nicholls is speaking out about the crisis at the U.S.- Mexico border.

Nicholls is the Mayor of Yuma, Arizona, which is within walking distance of the border. In April he issued a state of emergency in his city due to the surge of migrants. (Report: Illegal Immigrants Are Flying All Over The US — Without Valid ID.)

Mayor Nicholls told The Daily Caller that when it comes to the migrant crisis, he’s never seen anything like it.

In The Border Patrol Yuma Sector they apprehend a thousand people every three days and so through those three locations — Yuma, Phoenix and El Centro — is how those are dispersed for their processing and then their release.