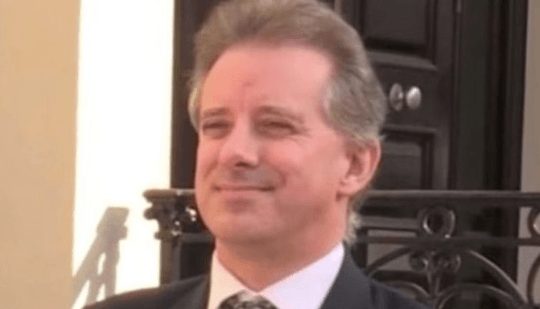 A State Department official who played a key role in handling the Steele dossier facilitated meetings between Christopher Steele and private consulting firms, according to State Department emails obtained by The Daily Caller News Foundation.

Jonathan Winer, a longtime associate of former Secretary of State John Kerry, set up a meeting in late 2014 with an executive at APCO Worldwide, an international consulting firm where Winer worked before and after his most recent stint at the State Department.

Winer also attempted to set up a meeting in November 2014 between Steele, a former MI6 officer, and executives at McLarty Associates, a consultancy founded by Bill Clinton’s first chief of staff, Mack McLarty. He also put Steele in contact with a former ambassador to Morocco and APCO partner related to a “Morocco immediate need.”

Another email shows that Winer gave Steele and his business partner, Christopher Burrows, advice on how to handle a commercial dispute in Mongolia that involved the International Monetary Fund and World Bank.

The State Department released the emails as part of a lawsuit that Judicial Watch filed on behalf of The Daily Caller News Foundation. The lawsuit seeks Winer’s correspondence related to Steele, as well as the 100-plus intelligence reports that Steele reportedly provided Winer on issues in Russia and Ukraine. (RELATED: EXCLUSIVE: State Department Official Had Contact With Fusion GPS Founder During 2016 Campaign)

Winer has previously acknowledged his role in passing information from Steele to his State Department colleagues. But the newly released emails suggest he played another role — that of facilitator for Steele’s business interests.

Winer was Steele’s main point of contact to the State Department, and the official who disseminated the dossier to others at Foggy Bottom. Winer, whose official title was special envoy to Libya, also set up a meeting on Oct. 11, 2016 for Steele with Kathleen Kavalec, the deputy secretary of state for European and Eurasian affairs.

Steele’s dossier has come under intense scrutiny in the wake of the special counsel’s report. Though Steele alleged that there was a “well-developed conspiracy of co-ordination” between the Trump team and Russian government, the special counsel said that prosecutors did not establish that collusion occurred. The special counsel also debunked Steele’s claim that former Trump attorney Michael Cohen visited Prague during the campaign to meet with Kremlin operatives.

Republicans have investigated the FBI for relying on the unverified dossier to obtain surveillance warrants against Carter Page, a former Trump aide who is a key focus of the dossier. Some Republicans have also pushed for information about Winer and the State Department’s handling of Steele’s information.

California Rep. Devin Nunes, the ranking member of the House Intelligence Committee, has called for an investigation into “major irregularities” at the State Department.

Winer also had contact with Glenn Simpson, the founder of Fusion GPS, the opposition research firm that hired Steele on behalf of the Clinton campaign and DNC.

“These documents show that Fusion GPS and Clinton spy Christopher Steele had a close relationship with the Obama State Department,” says Judicial Watch president Tom Fitton.”The State Department under John Kerry is emerging as another center of the Spygate conspiracy against President Trump.”

Steele runs Orbis Business Intelligence, a private intelligence firm based in London. Though he is best known for his work on the dossier, the firm works for corporate clients and private investigations or as part of legal proceedings.

Winer served as deputy assistant secretary of state for international law enforcement during the Clinton administration and has worked as an aide to Kerry. He worked in private practice as an attorney for Alston & Bird, before joining APCO Worldwide. After a three-year stint at State, which ended when President Barack Obama left office, Winer rejoined APCO.

He did not respond to a request for comment for this article.

On Nov. 20, 2014, Winer emailed Ariuna Namsrai, a senior director for Russian issues at APCO, from his State Department account to arrange a time for her to meet with Steele, who was visiting the U.S. at the time.

Namsrai responded to Winer’s offer, saying that she had previously met Steele and was willing to travel to Washington, D.C., to meet him again. Namsrai suggested meeting with Steele again the following day at 11 a.m.

She did not respond to a request for comment.

Winer attempted to put Steele in touch with Nelson Cunningham, an executive at McLarty Associates, during the former spy’s same visit to Washington.

In a Nov. 20, 2014 email, Winer described Steele as “an old friend of mine,” and “former senior British intelligence officer focusing on former Soviet Union with a number of US and European private sector clients these days.”

“He was in my office catching up and it occurred to me there might be value for McClarty Global knowing him and his capabilities in terms of real time and longer term analysis of developments in that part of the world,” Winer wrote.

Cunningham replied to say that he would be unable to meet with Steele during the visit, but would like to in the future.

Winer also put Steele in contact with Marc Ginsberg, who served as ambassador to Morocco during the Clinton administration.

In a Jan. 13, 2015 email entitled “Morocco immediate need,” Winer described Steele as “a friend of mine who has a very, very high end business intelligence service based in London.”

“He formally worked for the UK government,” wrote Winer.

Ginsberg responded the next day saying: “I spoke to Chris…complicated!”

Winer also appears to have helped Steele and Burrows figure out how to get in contact with the International Monetary Fund and World Bank regarding a commercial dispute in Mongolia.

“Advice is that you brief the country team. Looks to me like the country team would want to know about this as it could have implications for any lending arrangements with the IMF,” Winer wrote in an April 13, 2015 email.

“Because this relates to an independent commercial dispute, it would be best that this not come in from or through any US official but be a straight-on request from you in light of impact on Mongolia and there [sic] need to know,” Winer wrote.

Steele’s firm has not responded to requests for comment.

Winer has said that during a meeting in Summer 2016, Steele provided him with information that would end up in the dossier. Winer wrote a two-page summary of the information and shared it with others at State.

Fusion GPS Co-Founder Glenn Simpson following a meeting with members of the House Judiciary and Oversight Committee in the Rayburn Office Building on Capitol Hill on October 16, 2018 in Washington, DC. (Photo by Zach Gibson/Getty Images)

Corn published a story on Oct. 31, 2016 that quoted Steele anonymously claiming that the Russian government has compromised Trump.

Both reporters used Winer to vouch for Steele’s credibility. Other emails obtained through the Judicial Watch lawsuit earlier this year showed that Glenn Simpson reached out to Winer days before Isikoff published his story on Sept. 23, 2016.

Winer is also linked to a second dossier on Trump, this one authored by Cody Shearer, a controversial political operative who is closely allied to the Clintons.

Winer obtained the so-called Shearer dossier from Sidney Blumenthal, another longtime Clinton associate. Winer has said he gave the report to Steele, who then provided it to the FBI.

“It’s amazing how hard our government tries to keep the truth from the American people,” said Neil Patel, the president of The Daily Caller News Foundation.

“Thankfully, with Judicial Watch filing a lawsuit on our behalf, we have been able to uncover phony dossier author Christopher Steele’s previously hidden contacts with the Obama State Department.”

“These guys at Judicial Watch are bulldogs and we can’t thank them enough.”