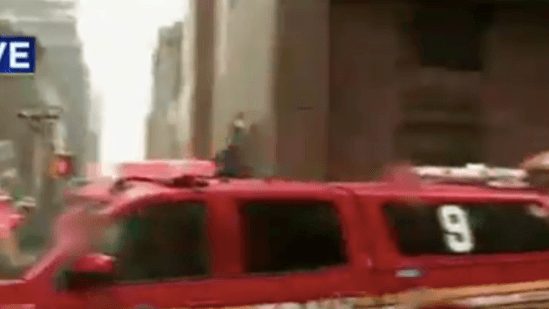 The name of the building is not yet known, but the New York City fire department (FDNY) said on its Twitter feed that the building’s address was 787 7th Ave.

Democratic New York Gov. Andrew Cuomo immediately made his way to the scene, and gave brief remarks to the media. Cuomo said that there is no indication of foul play, and the crash appears to be the result of an “emergency or hard landing.”

The helicopter’s pilot has died, according to multiple media reports.

A video emerged Monday afternoon of the incident: