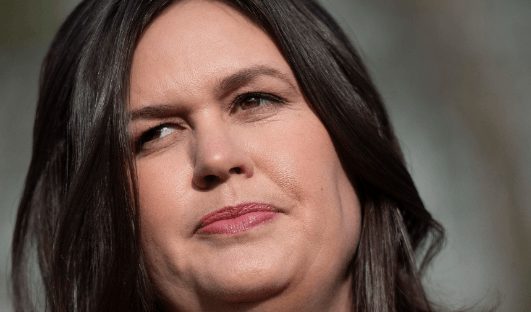 Sanders was well known for her contentious briefings with the White House press corps, although the administration has not held a briefing in over two months.

CNN’s Jim Acosta accused Sanders of struggling with the truth during one particularly heated briefing, to which Sanders responded, “I don’t have any problem with stating facts. … I know that’s probably something you do have a problem with, but we don’t.”

Trump did not indicate what Sanders’ next move will be or if the White House has chosen a replacement.

The Daily Caller has reached out to the White House for comment.