BETO SAYS BIDEN IS A ‘RETURN TO THE PAST’ 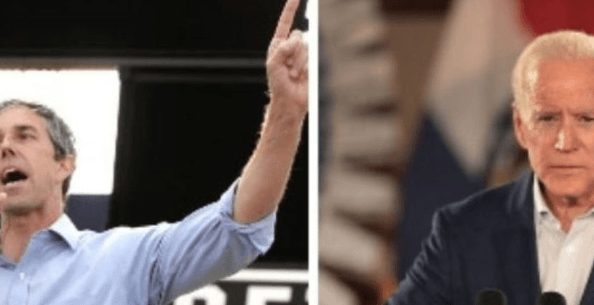 O’Rourke took the opportunity to criticize the campaign of former Vice President Joe Biden, who leads the crowded field in most primary polls. O’Rourke implied that it was time for the Democratic Party to move on from its old guard. (RELATED: Biden Makes Lofty On Cancer At Iowa Event)

“You cannot go back to the end of the Obama administration and think that that’s good enough,” O’Rourke said.

O’Rourke added that while President Donald Trump is a “horror show,” he’s not the only problem facing the country. (RELATED: Beto Spreads Falsehoods About Trump In CNN Town Hall)

When asked if Biden was a return to the past, O’Rourke responded in the affirmative.

O’Rourke was once considered a front-runner for the Democratic presidential nomination after running a close race against Republican Texas Sen. Ted Cruz in 2018 that captivated the party’s grassroots.

However, O’Rourke’s campaign has stagnated in recent months, and a poll published by YouGov Wednesday showed O’Rourke polling at just three percent nationally. The first Democratic debates will take place at the end of the month, and O’Rourke has already qualified for the stage.