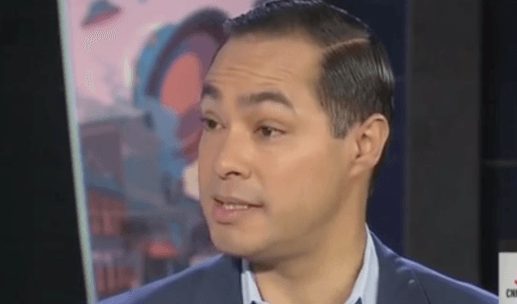 Castro’s town hall on Fox News averaged 1,131,000 viewers with 194,000 in the key 25-54 age demographic, according to early Nielsen Media Research. He addressed issues such as illegal immigration and a Hatch Act violation from his time as the head of HUD in 2016.

His first town hall took place on CNN April 11. That event accumulated 654,000 viewers with an audience of 174,000 people in the key demographic.

Buttigieg, who has appeared in four town halls, had the largest audience during his MSNBC event with 1.6 million viewers. His town hall on Fox News was sandwiched between his two CNN town halls, but it occurred on a Sunday, so that played a role in the smaller audience.

Gillibrand experienced a similar situation with her MSNBC town hall beating her event on Fox News, which took place on a Sunday. But, it did beat her town hall on CNN.

Previous Article
BEHIND THE CJR’S HIT JOB ON A RESEARCHER EXPOSING ANTIFA-JOURNALIST CONNECTIONS
Next Article
FACT CHECK: DO THESE IMAGES SHOW MEMBERS OF CONGRESS SLEEPING ON THE JOB?