FACT CHECK: DO THESE IMAGES SHOW MEMBERS OF CONGRESS SLEEPING ON THE JOB? 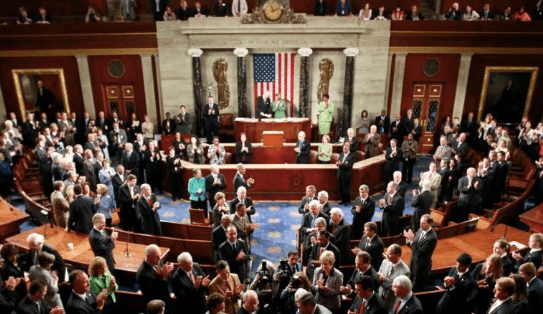 A collage of five images shared on Facebook purports to show members of Congress sleeping on the job.

The images featured in the collage show Brazilian, not American, politicians sleeping during marathon voting sessions or as a result of other extenuating circumstances.

The image was shared amid reports that the House of Representatives was considering the first cost-of-living increase for its members in a decade. The caption accompanying the image suggests the measure is set pass in that chamber, but House Democrats have postponed consideration of the raise, facing backlash from politically vulnerable lawmakers.

The salary bump, if implemented, would increase the pay of rank-and-file lawmakers to $178,500, up 2.6% from the $174,000 they currently make. At least one poll suggests that most voters are strongly opposed to the idea.

Though the Facebook post claims to show members of the House sleeping on the job, Snopes determinedthat these photos actually show Brazilian politicians. The pictures were taken during exceptional situations such as hunger strikes – depicted in the photo on the bottom right – and marathon sessions of voting and debate, like the 41-hour stretch pictured on the bottom left.

By performing a reverse image search on Google, a number of these photos can be found in contemporaneous reporting by Brazilian news outlets.

Snopes reported that before circulating among American social media users, the collage was widely shared online in Brazil.

Have a fact check suggestion? Send ideas to brad@dailycallernewsfoundation.org