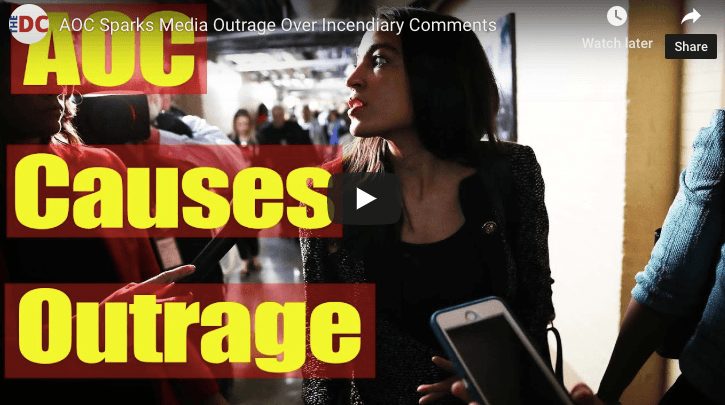 Congresswoman Alexandria Ocasio-Cortez has sparked outrage in recent days with her Instagram post in which she compared the detention centers at the southern border to concentration camps.

The media was instantly divided on this, with not all liberal outlets supporting her assessment.

Anchors within the same outlets were in disagreement on the validity of her comparison, some saying her words delegitimized the severity of the atrocities that occurred at the Nazi controlled concentration camps during WWII. (RELATED: Ocasio-Cortez On Illegal Immigrants: ‘I Don’t Care If You’re Documented Or You’re Undocumented’)

Tune in to see how the media has been reacting to her comments.