Trump Offers Democrats An Olive Branch – Will They Take It? 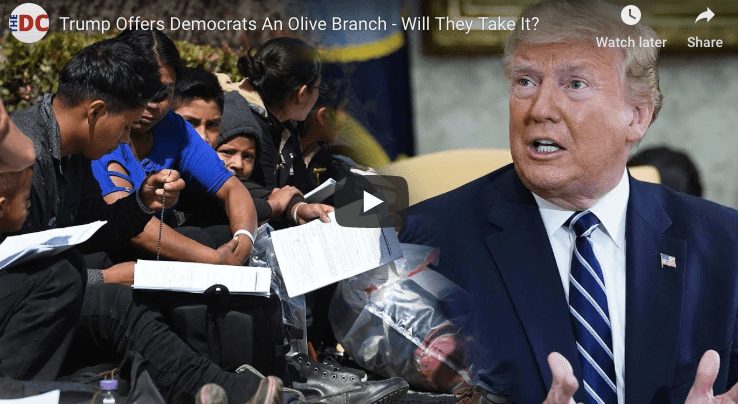 President Trump announced that he is granting a two-week extension on the large-scale deportations of illegal immigrants in the United States.

“I have delayed the Illegal Immigration Removal Process (Deportation) for two weeks to see if the Democrats and Republicans can get together and work out a solution to the Asylum and Loophole problems at the Southern Border,” Trump tweeted.

While both Democrats and Republicans are demanding immigration reform, any bipartisan policies have yet to be agreed on. (RELATED: Democratic Mayor: ‘We Are Sick And Tired’ Of Government Inaction On Illegal Immigration)

But President Trump has made it clear that if a bipartisan agreement on immigration reform is not reached in the next two weeks, then mass deportations will take place.

Tune in to see how Trump is negotiating on immigration reform.

And check out more of Caitlin McFall’s reports and the new series, The Daily Caller Explains.

Fact Check: Did Every Senate Democrat Who Voted Against The Born Alive Bill Receive Donations From Planned Parenthood?