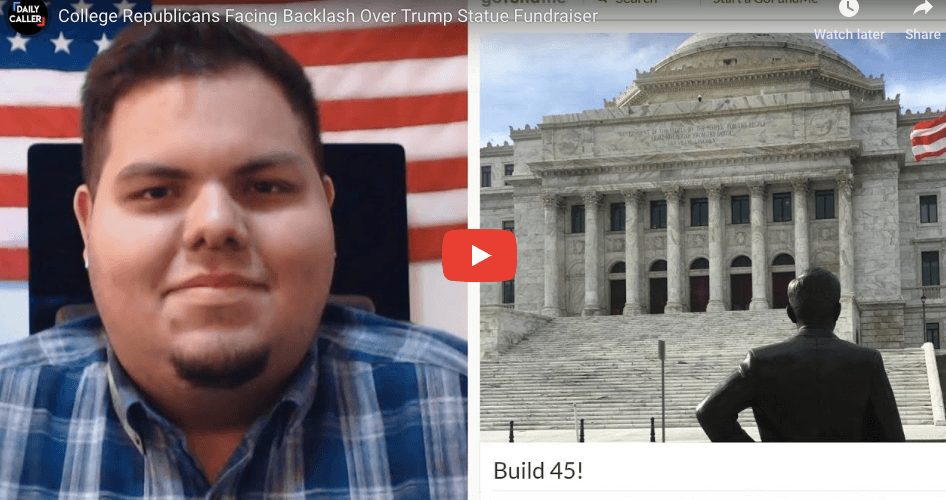 Puerto Rican college Republicans are facing backlash over their effort to raise money for a statue of President Donald Trump after locals got word of their plans on the island.

The College Republican Federation of Puerto Rico is raising money for a bronze statue of Trump which would be placed in front of the capitol building in San Juan, along the “Walkway of the Presidents.”

The walkway currently features the statues of nine American presidents who have made official visits to the U.S. Caribbean territory. (RELATED: Puerto Rico College Republicans Are Raising Money For A Trump Statue.)

Melvin Soto Vazquez, the vice president of the federation, spoke with the Daily Caller’s Stephanie Hamill to discuss the effort.

Vazquez said that due to fiscal constraints curtailing spending on non-essential public works and the hesitancy of Puerto Rico’s legislative leaders to appropriate any funds to commission the statue, the College Republicans decided to get it done themselves.

While the media and some locals have been critical, they have also received a significant amount of support.

Editor’s Note: Vazquez notified the Daily Caller that after the interview the GoFundMe page was taken offline until more information about the ‘authenticity of the campaign’ is provided to GoFundMe.