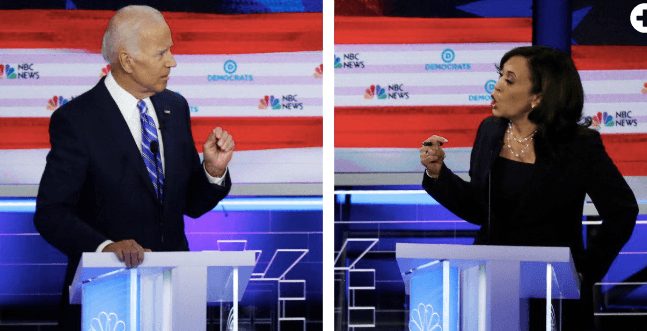 “We can be proud of [Harris] nonetheless, but her ambition got it wrong about Joe,” Moseley Braun told Politico on Sunday. “He is about the best there is; for her to take that tack is sad.”

Biden and Harris got into a heated exchange during Thursday’s Democratic primary debate after the California senator accused Biden of opposing busing black students to primarily white schools, which Harris said she herself benefitted from in the 1970s.

“I agree with you when you commit yourself to the importance of finding common ground, but I also believe and it is personal and it was actually hurtful to hear you talk about the reputations of two United States senators who built their reputation and career on the segregation of race in this country and it was not only that but you also worked with them to oppose busing,” Harris told Biden during the debate.

The comment was in reference to statements Biden made during a New York City fundraiser in June. At the time, Biden touted a working relationship with segregationists in the Senate, despite their political opposition.

“There was a little girl in California who was a part of the second class to integrate her public schools and she was bussed to school every day,” Harris continued. “And that little girl was me.” (RELATED: Biden Campaign Officials Leak To WaPo Amid Firestorm Of Criticism)

Biden fired back that Harris’s reprimand was a “mischaracterization” of the situation, saying he had opposed the Department of Education instating federally mandated busing policies.

Moseley was the first black woman to serve in the U.S. Senate. She has endorsed Biden in the Democratic primary.

Harris’s office did not immediately respond to the Daily Caller News Foundation’s request for comment.