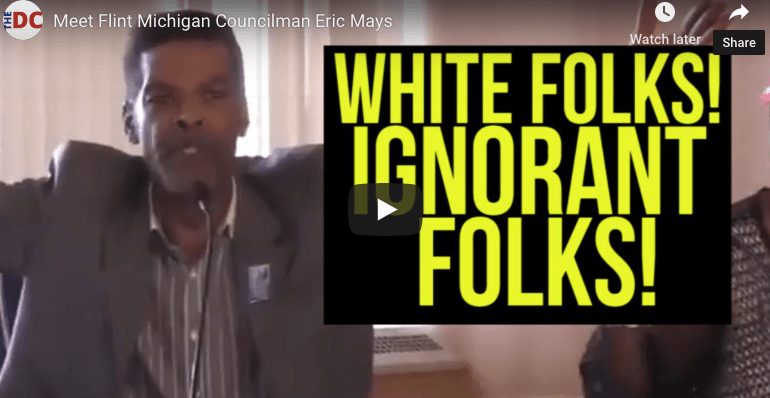 For the second time, the city of Flint, Michigan, is poised to reject the results of its contract bidding process after an experienced local firm provided the lowest offer.

“This is unethical, it is bid rigging, and I certainly won’t be a part of this,” city Councilwoman Eva Worthing said during a Tuesday meeting. “Does council and the city want to deal with a lawsuit over unfair bidding practices by this city? This is favoritism, cronyism … This is basically a sham, it’s unethical, and if council votes [to rescind this contract we signed], we’re in trouble.”

Residents may have to wait six months longer for repairs because WT Stevens — the company owned by the wife of a former NBA player and which Worthing suspects may have a corrupt relationship with Flint politicos — is still months behind schedule on finishing the last water contract the city gave it, the low-bidding company, Goyette Mechanical, said.

“The mayor wants us to take away Goyette’s bid and just give it to WT Stevens,” Worthing said during the meeting.

On Monday, Mayor Karen Weaver’s administration abruptly said it would rescind the $12 million contract from Goyette Mechanical, a local firm with 90 years of experience that specializes specifically in municipal water. On Tuesday, it asked the city council to approve the move, but uproar from multiple factions of the city council led to discussions being tabled until July 8.

The city of less than 100,000 has collected more than $647 million in state and federal aid for what is often described as a public health emergency. But when the money reaches City Hall, officials have repeatedly made decisions that have severely slowed the progress of fixing the water pipes, decisions that have had the side effect of sending more money to WT Stevens’ coffers.

A majority of the city council members joined against Mays and the mayor to vote against abruptly reversing the decision to strip Goyette of the contract.