Biden: ‘A Lot People Were Left Behind’ In the Obama-Biden Era 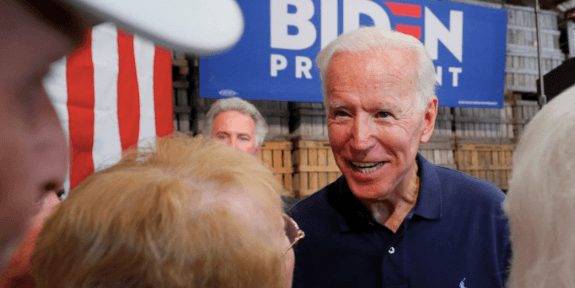 “A lot of people were left behind,” Biden told the New York Times in an interview published Tuesday. “In areas where people were hard hit, I don’t think we paid enough attention to their plight.”

The 2020 presidential candidate then suggested it might have been a matter of perception for those disenchanted Democrats who voted for Donald Trump in 2016.

He told The Times after Trump’s victory, “People are wondering whether we really care about their plight, those of us who hold public office,” adding that this makes them “susceptible to demagoguery.”

Biden told the Times that Obama should have better promoted his successes but that the president told him it wouldn’t be appropriate to take “a victory lap [because] we have so much more to do,” even though many White House staffers apparently thought it necessary to “explain to people how we got to where we were now and why it happened.” (RELATED: Biden Says He Is The ‘Most Progressive Democrat As He Almost Announces His 2020 Candidacy)

Biden’s interview with the New York Times was not the first time he commented on blue collar workers. On October 26, 2014 Biden was at a rally for Iowa Democratic Senate candidate Bruce Braley when he made similar remarks about middle class Americans.

At other times, Biden has dismissed efforts to win back Trump voters saying, “Don’t waste your time being bipartisan.” (RELATED: Joe Biden Tells Europe That America Is ‘An Embarrassment)

In August 2016, Biden was again talking about the Democrats’ failure to engage everyday middle-class Americans in an interview with The Atlantic.

“I was doing the interview on “Morning Joe,” and they asked the same question. And I said, ‘Look, the truth is we just haven’t paid enough attention to these people. We haven’t spoken to them.” And everybody went nuts going, ‘Aw Jesus! [Democratic Presidential Nominee] Hillary [Clinton] is going to think that’s an attack.’”

Previous Article
More Labor Trouble For Bernie Sanders As Complaint Alleges His Campaign Harasses Workers
Next Article
Joe Scarborough Goes Off Rails, Asks Jesus To Forgive Him For Ever Being A Republican