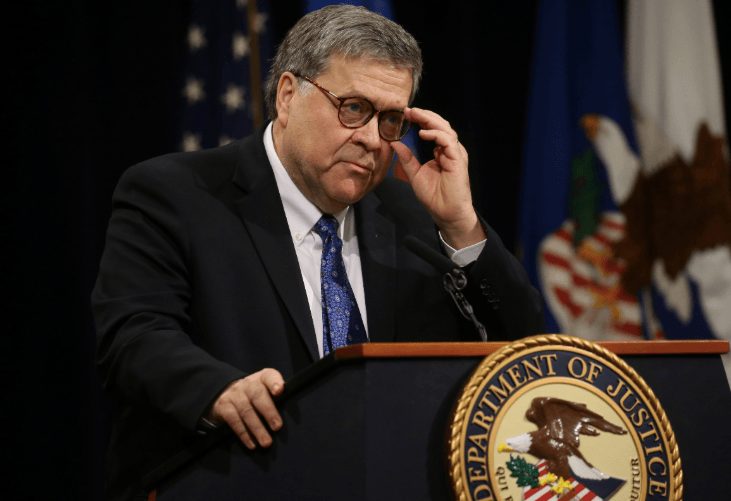 According to a Justice Department announcement, Barr directed Hugh Hurwitz, the acting director of the Bureau of Prisons, to adopt the revision to the Federal Execution Protocol, a maneuver that “[clears] the way for the federal government to resume capital punishment after a nearly two decade lapse, and bringing justice to victims of the most horrific crimes.”

Barr also directed Hurwitz to schedule executions for five death-row inmates at a federal penitentiary in Terre Haute, Indiana, in December 2019 and January 2020. According to the Bureau of Prisons, no federal executions occurred in the 1970s, 1980s, and 1990s. Three executions were carried out in the 2000s, including the June 11, 2001 lethal injection of Oklahoma City bomber Timothy McVeigh.

Louis Jones Jr. was the last federal prisoner executed. A veteran of the first Gulf War, Jones was convicted for the 1995 murder of Army private Tracie McBride. He was executed on March 18, 2003.

According to the Death Penalty Information Center, there are currently 62 federal death-row inmates. One of those is Dylann Roof, the white supremacist who murdered nine black churchgoers in Charleston on June 17, 2015. He was sentenced to death on Jan. 10, 2017.

“Congress has expressly authorized the death penalty through legislation adopted by the people’s representatives in both houses of Congress and signed by the President,” said Barr, who was confirmed attorney general on Feb. 14.

“Under Administrations of both parties, the Department of Justice has sought the death penalty against the worst criminals, including these five murderers, each of whom was convicted by a jury of his peers after a full and fair proceeding. The Justice Department upholds the rule of law—and we owe it to the victims and their families to carry forward the sentence imposed by our justice system.” (RELATED: The Supreme Court’s Conservative Majority Looks Very Friendly To Capital Punishment)

The new protocol calls on BOP to use the lethal injection drug pentobarbital to carry out the executions, replacing a three-drug procedure that was previously used.

A Justice Department official told The Daily Caller News Foundation that the agency — and not the White House — made the decision to restart executions.

According to the official, Barr “carefully selected cases that involved heinous crimes against vulnerable victims, and where the lengthy appeals process had been exhausted.”

The Justice Department identified the five inmates scheduled for execution:

“Additional executions will be scheduled at a later date,” the DOJ said.