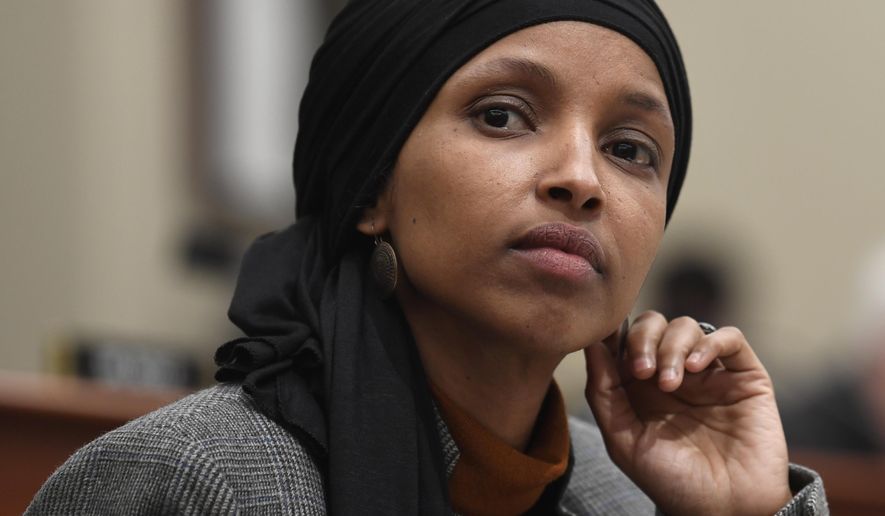 Ilhan Omar is known for her anti-Semitic rants, open support of Hamas, advocacy for socialism, as well as numerous scandals and corruption.

In just under 10 months in Congress, she’s managed to grab the microphone from Speaker of the House Nancy Pelosi and become the new face of the Democratic Party. She undoubtedly harbors resentment against Americans, the very people who have given her a safe place to live as a refugee from Somalia.

Recently, when asked if Jihadists terrorism is a threat, she replied that “our country should be more fearful of white men”.  She’s also made headlines for allegedly marrying her own brother – committing marriage fraud -to help him fraudulently gain a US green card.

In August, it was revealed that she began an affair with a married man, one of her campaign consultants, Tim Mynett. Omar even paid Mynett’s firm $230,000 during her campaign raising obvious suspicions of misusing campaign funds to benefit her paramour.

It would be negligent to not mention Ilhan Omar’s most notorious moment when she minimized the 9/11 terrorist attacks as “some people did something” and that Muslim Americans to “make people uncomfortable” with their activism.

One person has had enough and is rapidly gaining national support to unseat Rep. Ilhan Omar in the 2020 election. His campaign is the only way to put an end to the ungrateful, anti-American rhetoric Ilhan Omar’s is spewing. Right now is the critical moment for Johnson and tens of thousands of Americans are lining up behind him. Lacy Johnson is the only hope Americans have to make Ilhan Omar’s first term her last term.

Lacey Johnson, a conservative, businessman from Minnesota has pledged to Stop Ilhan Omar. He has been a resident of North Minneapolis for over 40 years and believes the community and its people are among the best in Minnesota. Lacy has served as founder, partner, and CEO of three small businesses dedicated to the economic development, technology training, and education within inner city communities. Lacy has been married to his wife Betty for 40 years with whom they raised two sons, Darien and Adrian.

No one deserves to be represented by such a vile anti-American in Congress. Now, American’s can correct the wrong but contributing to Lacey Johnson’s campaign. Lacey Johnson 100% supports President’s Trump economic policies and record-breaking results that leave no community behind as the policies of the Obama administration.

Any American that stands against Omar needs to get behinf Lacy Johnson today if he is going to be able to unseat her. Thousands of American’s have pledged support and more are needed to make Omar’s first term her last one.