Biden Drops The Caveats, Says Trump ‘Should Be Impeached’ For Violating His Oath Of Office 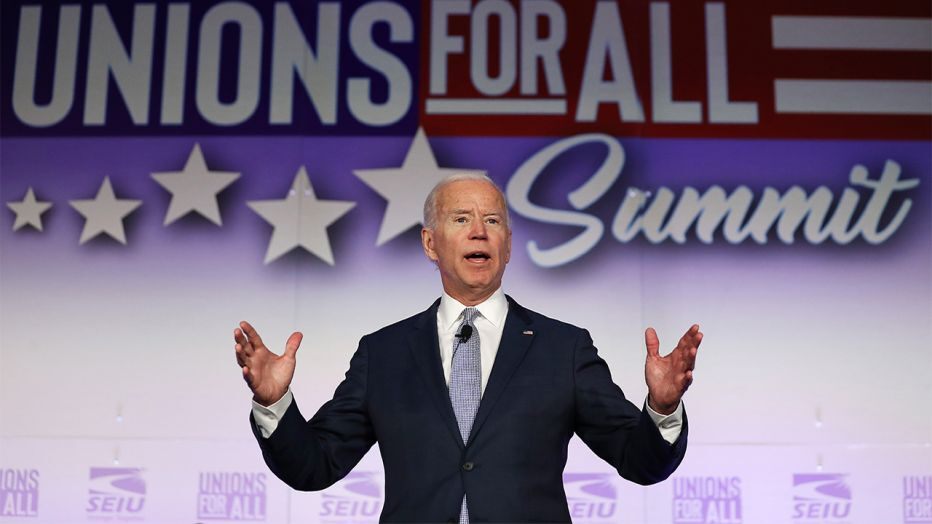 Former Vice President Joe Biden lashed out at President Donald Trump Wednesday for what he says is making a mockery of the U.S. Constitution.

Biden officially tossed his support behind impeaching Trump, who has spent several weeks throttling the former vice president for his work in Ukraine while he served in the White House. The president is facing an impeachment inquiry after asking Ukraine’s president to investigate Biden.

“Donald Trump has violated his oath of office, betrayed this nation and committed impeachable acts. … He should be impeached,” Biden told an audience in New Hampshire. His comments are a sign the former Democratic frontrunner is ratcheting up his rhetoric targeting Trump.

Biden went on to shame the president. “Trump isn’t just testing us, he’s laughing at us. He has no sense of decency. … We have to prove him wrong. We have to prove that [we] are up to this moment, and this is an especially dangerous moment for this nation,” he said.

He was etching out a different message in September, when Biden called for impeachment only if Trump fails to comply with investigations. That likely changed after the White House sent a letter Tuesday to top House Democrats declaring that Trump will not comply with an inquiry.

The House Democrat’s impeachment inquiry is a reaction to Trump’s accusations that Biden urged Ukraine to fire a top prosecutor who was at one time investigating an energy company tied to the former vice president’s son, Hunter Biden.

Biden did not address his trip in 2013 to China with Hunter, who was in the process of forming a Chinese private equity fund during the trip and planned to raise money for the venture. Biden’s son said he met with Chinese banker Jonathan Li and his partner during the trip.

Meanwhile, Biden is struggling to stay above the fray. Democratic Massachusetts Sen. Elizabeth Warren, a leading rival for the 2020 nomination, surpassed him in a key Iowa poll on Sept. 21. Funding hauls appear to be drying up as well.

Previous Article
New York Tried Really Hard To Keep A Challenge To Its Gun Rules Out Of The Supreme Court. It Hasn’t Worked
Next Article
Court Rules FBI Searches For Info On Americans Went Against Surveillance Law