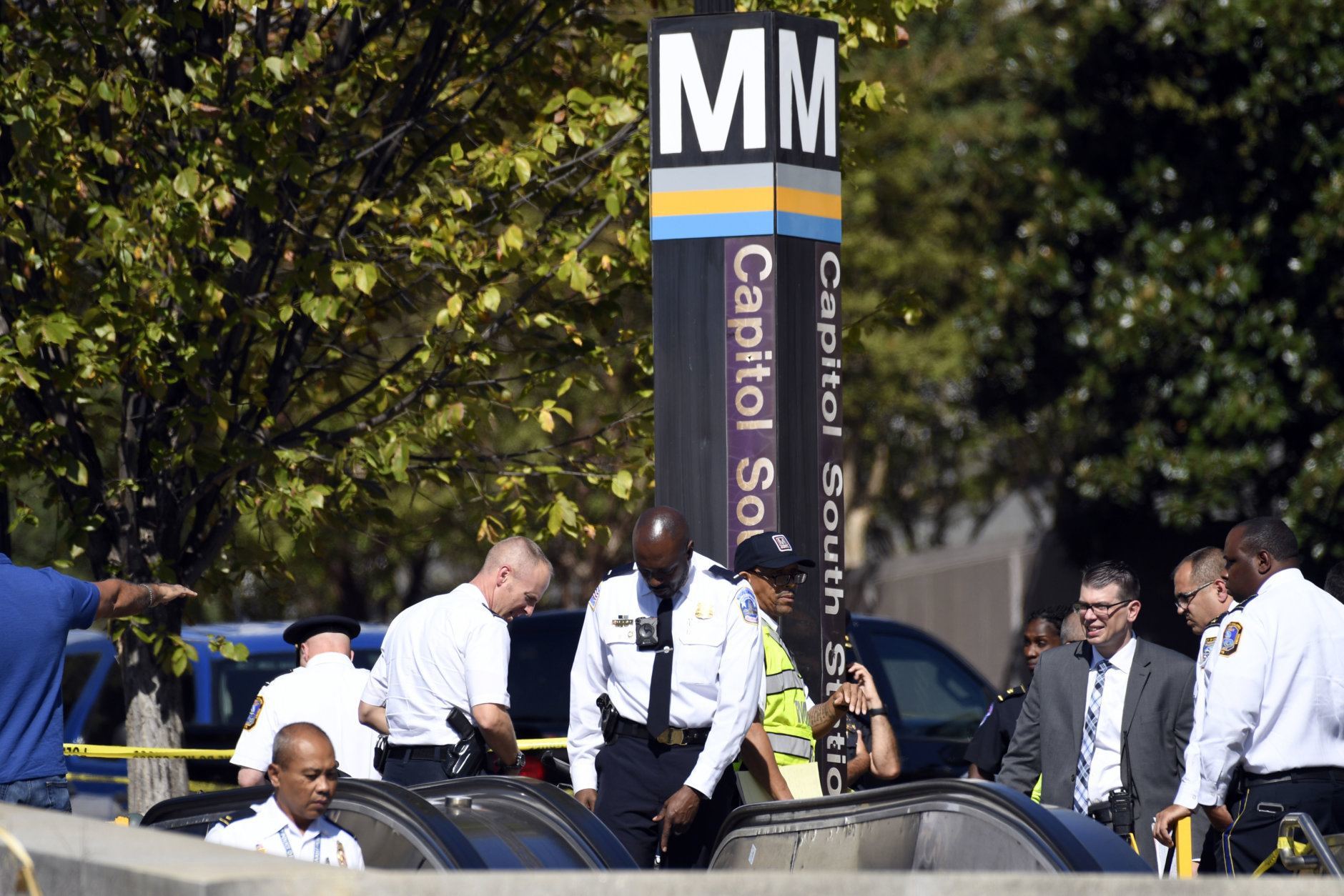 A Metro station next to the U.S. Capitol in Washington, D.C., closed down Friday after a stabbing left a juvenile male unconscious and not breathing, a Metropolitan Police Department officer told the Daily Caller News Foundation.

The teenager walked up to a Metro station manager and collapsed inside the Capitol South station Friday afternoon, Metro Transit Police said according to NBC Washington. The 15-year-old was unconscious and not breathing, Officer Sean Hickman confirmed to the DCNF. He is in “very critical condition,” MPD Chief Peter Newsham said in a press conference.

“We have a young female stopped right now and we are questioning her as we speak,” Newsham told reporters. “We think that the stabbing occurred on the train while it was inbound.”

The alleged suspect in the stabbing, a young female, is not in custody, Hickman added.

WUSA9 reporter Bruce Leshan tweeted out a video of the stabbing victim. Blood can be seen on the floor of the Metro stop as multiple paramedics arrive on scene, and people can be heard screaming.

“We went back down to look and we see him lying on the ground with blood coming everywhere, coming out of his throat,” Decker said according to a video on Twitter.

Chuck Decker, an American University student who was on the Hill for a meeting, saw the stabbing victim lying in the Capitol South Metro Station after he was stabbed. pic.twitter.com/RoJraqtnqO

Metro Transit Police tweeted that the Capitol South station would be closed until further notice.

“Capitol South Station: MTPD, MPD, USCP & DC EMS o/s responding to a confirmed stabbing. Details will follow. The station is CLOSED at this time. Trains on Blue/Orange/Silver are bypassing the station. Use Federal Center SW or Eastern Market as alternates,” the tweet read.

This story is breaking. Check back for updates.