With Kevin McAleenan Stepping Down, Who Is Likely To Be The Next Homeland Security Secretary? 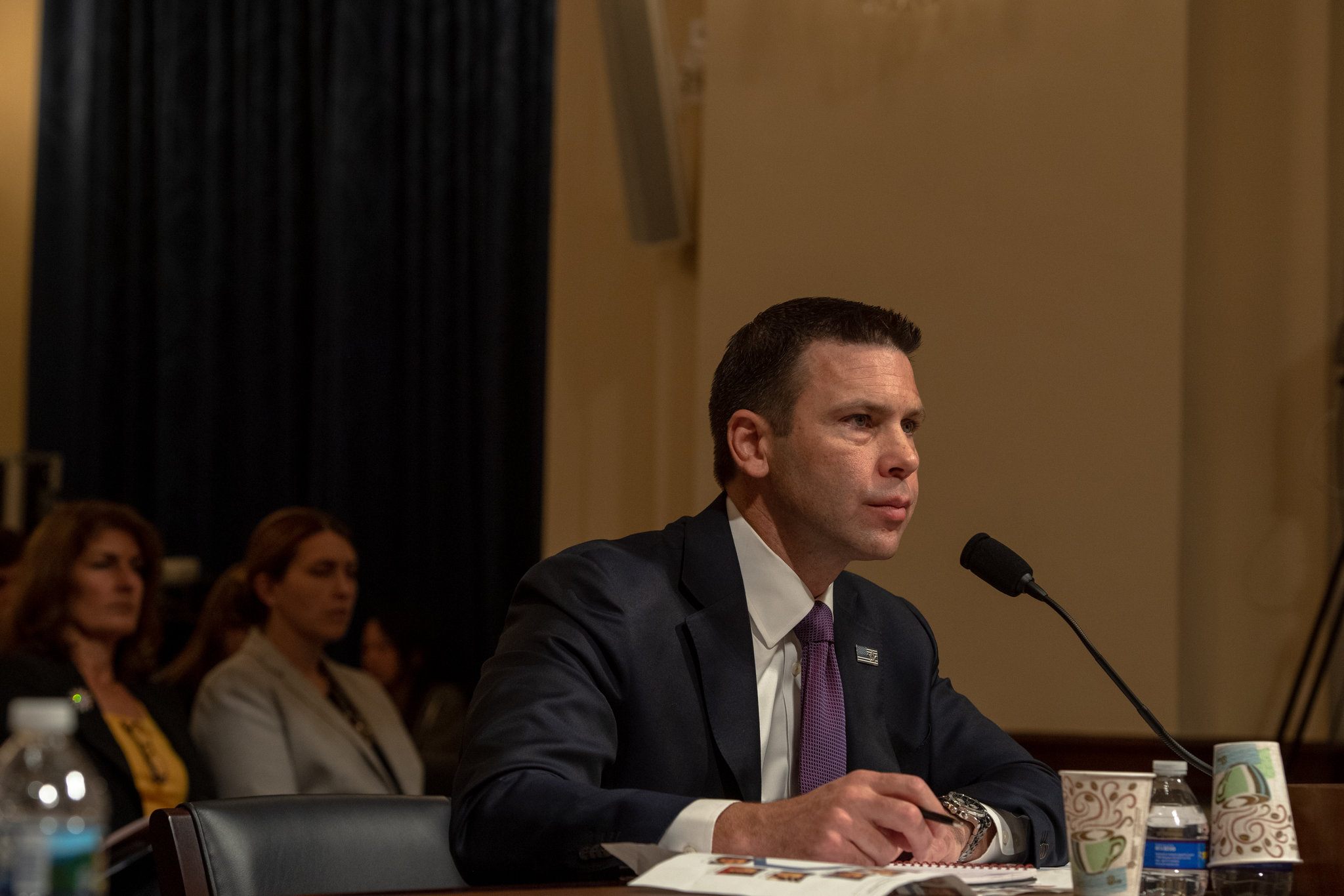 Kevin McAleenan, the acting secretary of the Department of Homeland Security, said Friday that he would step down from his position, leaving room for a number of candidates to potentially take his place.

“Kevin McAleenan has done an outstanding job as Acting Secretary of Homeland Security. We have worked well together with Border Crossings being way down. Kevin now, after many years in Government, wants to spend more time with his family and go to the private sector,” President Donald Trump tweeted Friday night.

Minutes later, the acting DHS secretary issued his own statement, thanking Trump for his support in dramatically reducing illegal border crossings and helping get a better grip on the immigration crisis. The announcement capped off six months of leadership atop DHS, the longest stint anyone as ever led the department in an “acting” role.

The president Friday said he will announce a new acting secretary “next week,” which means it could happen at any moment. So far, the administration has not revealed any sort of short list of candidates, but several names have been floated around as possible contenders.

Acting United States Citizenship and Immigration Services (USCIS) Director Ken Cuccinelli is considered a likely candidate to take the helm of DHS. The former Republican attorney general of Virginia was tapped to lead USCIS in June, and has quickly become the face of Trump’s immigration agenda.

Since leading the agency, which is tasked with managing the country’s legal immigration system, Cuccinelli has frequently appeared on cable news and has been outspoken about immigration issues on social media — performances that appeal to the president’s admiration for showmanship. Cuccinelli has rolled out a number of notable policies at USCIS, such as the “public charge” rule that bars green cards to immigrants who have used government benefits.

Acting Customs and Border Protection Commissioner Mark Morgan is considered another top contender for the position. President Barack Obama appointed Morgan as chief of Border Patrol in the waning days of his administration, but was reportedly soon forced out after Trump took office. However, since that time, Morgan has become a mainstay of the White House’s immigration agenda.

Trump appointed Morgan as the acting director of Immigration and Enforcement (ICE) in May. After a DHS staff shakeup, the president then tapped Morgan to lead Customs and Border Protection in June. Like Cuccinelli, Morgan has frequently appeared on news programs to defend Trump’s immigration policies, and has vehemently criticized “judicial activism” by Democrat-appointed judges.

For months, Kris Kobach’s name has been floated around for a possible appointment on Trump’s immigration team. The former secretary of state of Kansas was under consideration earlier this year to become the administration’s “immigration czar,” a proposed position that would coordinate polices across all DHS agencies. He reportedly fell out of favor after making a stringent list of demands if he were to be chosen for such a position.

Since that time, Kobach has launched a Senate run for the retiring GOP Sen. Pat Roberts. However, he has been mostly shunned by national Republicans after losing the 2018 gubernatorial election to a Democrat in what is typically a reliably red state.

Thomas Homan, the former acting director of ICE, resigned from his position halfway through 2018, but he has perhaps become an even bigger voice for the Trump administration since leaving. The native New Yorker has since become a Fox News contributor, regularly conducting news segments in defense of immigration enforcement. Homan has also continued to testify before congressional hearings, entering into several heated exchanges with Democratic lawmakers.

Trump has been pleased with Trump’s work. In fact, the president in June announced he was choosing Homan as his border czar. However, the president apparently jumped the gun with the public announcement — Homan never did accept the position and has remained in the private sector. Nevertheless, Homan remains a stalwart defender of Trump’s agenda.

On paper, the department’s acting deputy secretary, David Pekoske, is next in line to lead DHS. However, Pekoske is also the administrator of the Transportation Security Administration (TSA). Unlike other contenders, he does not carry a background in immigration, and is reportedly interested in keeping his position at TSA.

Until a replacement is found, McAleenan will continue to lead Homeland Security. As recently as Sunday, the DHS chief traveled to Tucson, Arizona, to attend the funeral service for a Border Patrol agent who died while on duty.