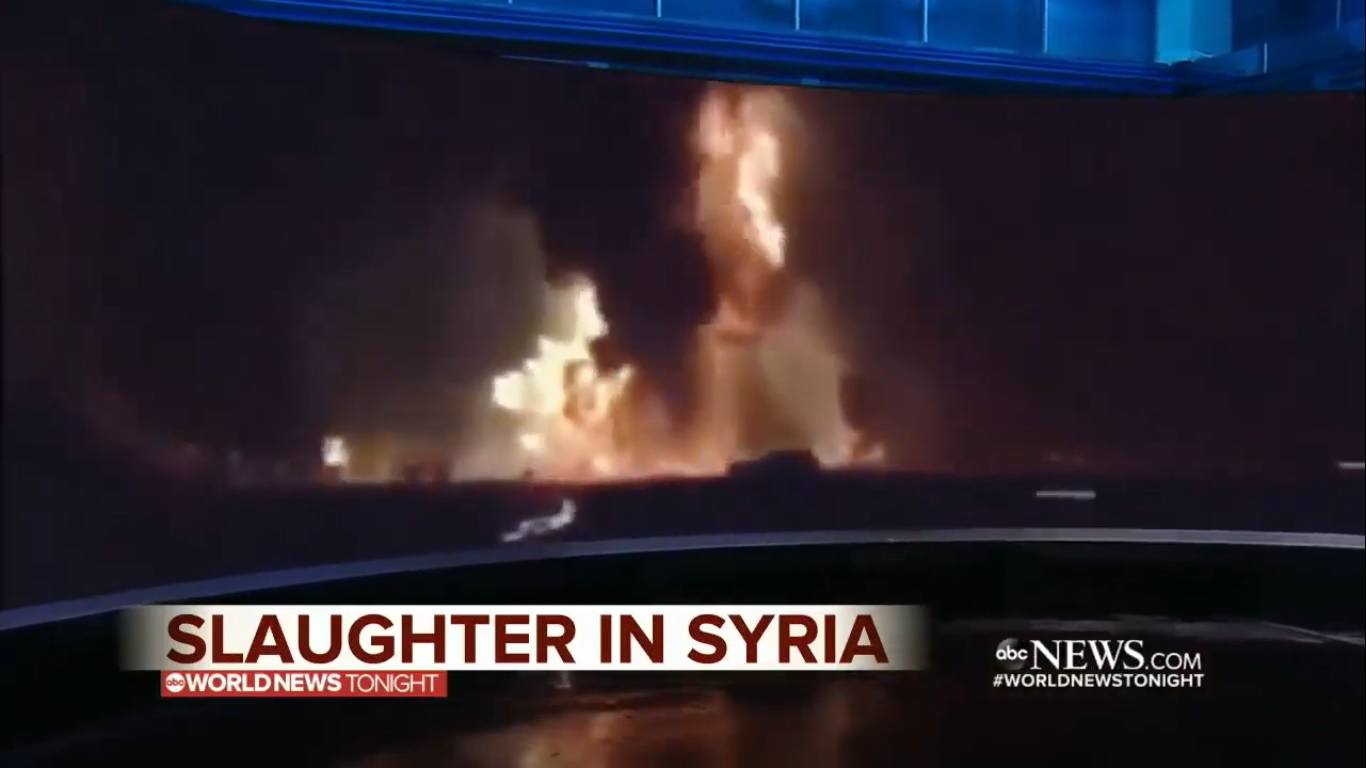 ABC News has not issued an on-air correction after apparently mistaking footage of what appears to be a gun range in Kentucky as a combat video from Syria.

ABC News took the video down Monday “after questions were raised about its accuracy.” The network issued a “correction” on Twitter but did not say the clip was false. “ABC News regrets the error,” a tweet said.

Neither “ABC World News Tonight” or “Good Morning America” mentioned the bungle on either show Monday evening or Tuesday, respectively, according to the Washington Examiner.

“This video right here appearing to show Turkey’s military bombing Kurd civilians in a Syrian-border town,” anchor Tom Llamas said Sunday on “ABC World News Tonight.” “The Kurds, who fought alongside the U.S. against [the Islamic State], now horrific reports of atrocities committed by Turkish-backed fighters on those very allies.

“Good Morning America” discussed Syria during its two-hour show and had on senior foreign correspondent Ian Pannell, who said Monday that the footage “appears to show the fury of the Turkish attack on the border town of Tell Abyad.”

Pannell did not mention the video, which appears to be from a 2017 YouTube video at Knob Creek Gun Range in Kentucky, after returning on the show Tuesday to discuss Syria again.

“As of right now, it seems to be our footage,” a representative for the Kentucky gun range told the Washington Examiner.

President Donald Trump announced on Oct. 6 that he would be pulling U.S. troops from Syria, causing pushback among Republican and Democratic lawmakers alike. It allows Turkey to invade Syria and go after Kurdish fighters, who have worked with the U.S. to beat ISIS.

Neither show immediately responded to the Daily Caller New Foundation’s requests for comment.