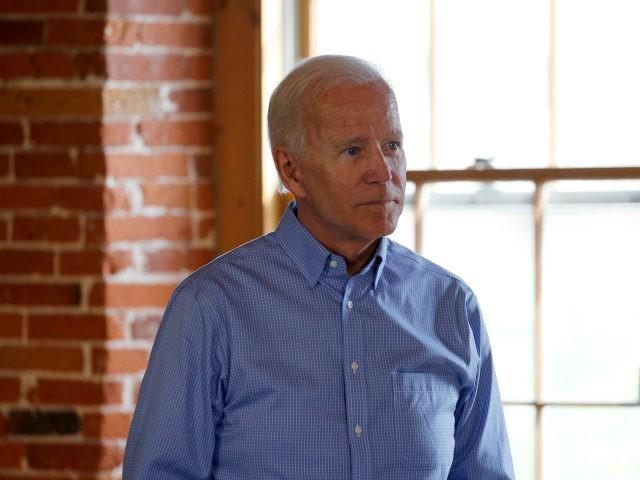 The Committee to Defend the President, a pro-Trump super PAC, released an advertisement criticizing “Quid Pro Joe” Biden ahead of Tuesday’s Democratic debate in Ohio.

The ad, which focuses on the 2020 Democratic presidential candidate and his son’s Ukraine business dealings, will air during the debate on CNN in Iowa and digitally in South Carolina and New Hampshire.

“When his son’s company was investigated for corruption, Joe Biden used his office to crush the case. Biden even bragged about it,” the ad says in reference to a 2018 Council for Foreign Relations panel discussion in which Biden boasted about getting Viktor Shokin — the Ukranian aide investigating his son’s role in Burisma Holdings — fired.

The former vice president threatened to withhold $1 billion from Ukraine if Shokin was not fired.

“I looked at them and said: I’m leaving in six hours. If the prosecutor is not fired, you’re not getting the money. Well, son of a b*tch. He got fired,” Biden said at the time. “And they put in place someone who was solid at the time.”

Shokin said in an affidavit published on Sept. 26 that Biden threatened to fire him fired because of his investigation into Burisma Holdings and Hunter Biden’s role on the board of directors for the gas company, though the 2020 candidate insists that Shokin was fired because he was not doing his job for the Ukranian government.

The ad concluded by calling on voters to put the former vice president, or “Quid Pro Joe,” as the ad states, “into retirement.”

Hunter Biden vowed not to partake in any foreign business dealings “under a Biden administration” in a Sunday statement published by attorney George Mesires to Medium.

The former vice president is set to be at Tuesday’s debates hosted by CNN and The New York Times in Ohio.

Biden’s campaign did not immediately respond to request for comment.