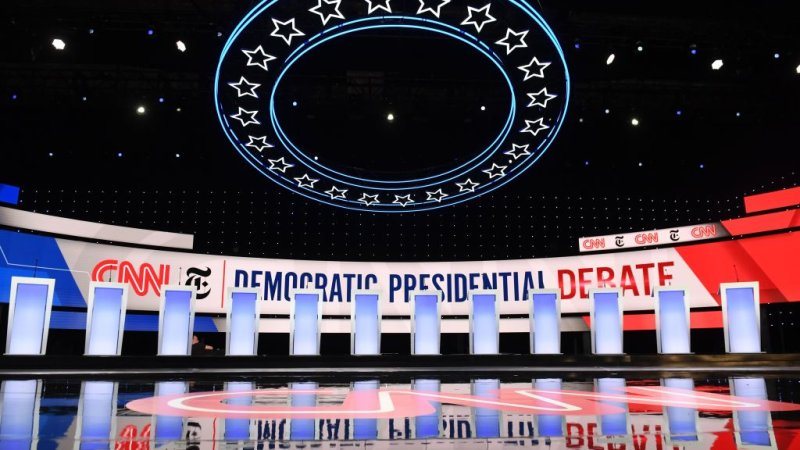 The television ratings for the fourth Democratic primary debates hosted by CNN and The New York Times on Tuesday night are in.

The debate delivered 8.113 million total views and 2.315 million views for people between the ages of 25 and 54 from 8 p.m. to 11:15 p.m. while it aired on CNN, according to early Nielsen Media Research numbers.

The show also pulled in 9.2 million live-stream viewers on CNN’s website, NYT’s website and Facebook, surpassing live-stream numbers for both nights of CNN’s debates in Detriot, according to Turner Broadcasting System.

CNN’s Tuesday debate was down 20% in total viewers and 18% in viewers between 25 and 54 compared to the network’s last debate in July, Nielsen numbers show.

Tuesday’s MLB playoff game brought in 5.59 million viewers adult viewers between 18 and 49 years old, TV by the Numbers reported. “NCIS” was the most-watched TV show Tuesday night with 10.61 million total viewers, according to The Hollywood Reporter.

ABC News’ Democratic primary debate Sept. 9 pulled in the highest debate ratings so far in 2019, according to Nielsen.