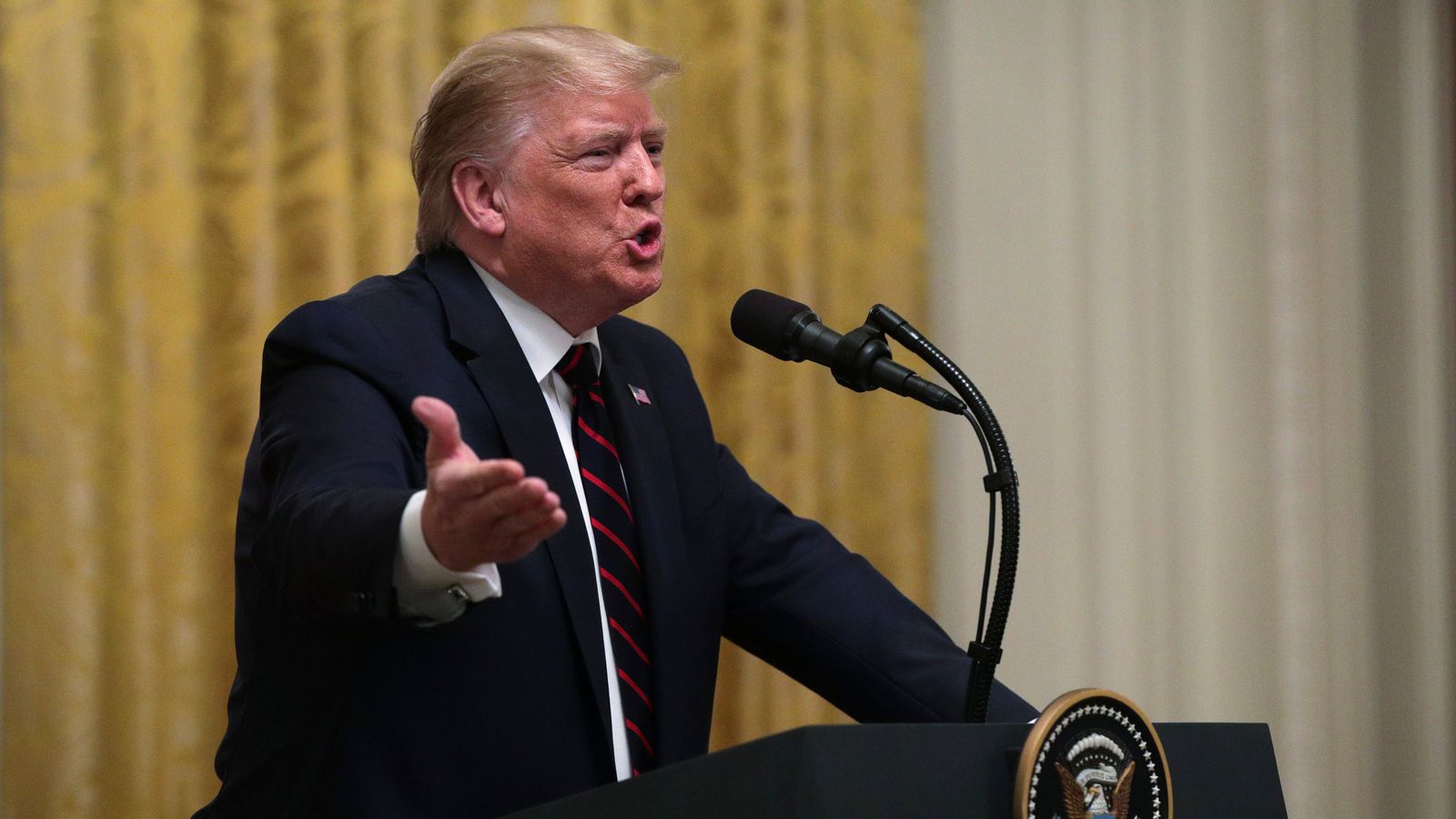 President Donald Trump announced that the White House will, once again, deliver aid to several Central American countries after their governments entered into asylum agreements with the U.S.

“Guatemala, Honduras & El Salvador have all signed historic Asylum Cooperation Agreements and are working to end the scourge of human smuggling. To further accelerate this progress, the U.S. will shortly be approving targeted assistance in the areas of law enforcement & security,” the president tweeted Wednesday.

The decision to provide “targeted assistance” to these countries is, at least somewhat, a reversal from the president’s decision earlier this year to withhold hundreds of millions in economic aid to Central America — punishment against their governments for doing “nothing” to fix the immigration crisis.

The White House informed Congress in June that it would be permanently diverting $370 million in aid to El Salvador, Honduras and Guatemala. The three countries, located in a region in Central American known as the Northern Triangle, are home to the bulk of the illegal immigrants reaching the U.S. southern border en masse and lodging asylum claims.

“Mexico is doing NOTHING to help stop the flow of illegal immigrants to our Country. They are all talk and no action. Likewise, Honduras, Guatemala and El Salvador have taken our money for years, and do Nothing. The Dems don’t care, such BAD laws. May close the Southern Border!” Trump tweeted in March about the border crisis.

Since that time, however, the Trump administration has been able to secure coveted asylum agreement with all three countries.

Kevin McAleenan, the acting secretary of the Department of Homeland Security, reached a safe third country agreement with Guatemala in July, he then signed an “asylum cooperation agreement” with El Salvador in September, and inked a similar deal with Honduras later that month.

While the three agreements are not exactly the same, they all aim to reduce the flow of illegal migrants reaching the U.S.-Mexico border.

Generally, asylum seekers who are traveling through the Northern Triangle must first seek protected status in a country that they’ve first crossed. For example, a migrant from El Salvador trekking northward in order to reach the U.S. would first cross Guatemala. If that individual did not first seek asylum in Guatemala, they would not be able to successfully lodge an asylum claim with the U.S. government.

The deals appear to have won over the White House’s good graces. The Homeland Security chief is expected to announce the specifics of renewed U.S. aid during his trip to the region this week.

The Department of Homeland Security on Wednesday announced that McAleenan is traveling to San Salvador, the capital of El Salvador, where he will meet with leaders of all three Northern Triangle countries to “discuss further collaboration to confront irregular migration and transnational criminal organizations in the region. The Acting Secretary will also participate in a bilateral meeting with Honduran government officials.”