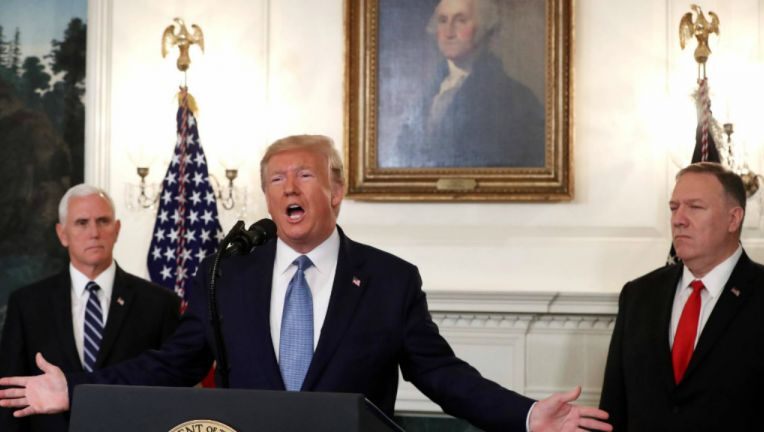 The president was expected to lift sanctions after a five-day ceasefire agreement negotiated between the U.S. and Turkey to give Kurdish fighters an opportunity to leave the Turkey-Syria border without being targeted by Turkish forces concluded Tuesday.

“Over the last five days, you have seen that a ceasefire that we established along Syria’s border has held and held very well, beyond most expectations. Early this morning, the government of Turkey informed my administration that they would be stopping combat and their offensive in Syria and making the ceasefire permanent,” the president said.

Trump questioned, however, how Turkey defines the word “permanent,” suggesting he is skeptical of the country’s promise but added that he believes it “will be permanent.”

“I have therefore instructed [Treasury Secretary Steven Mnuchin] to lift all sanctions imposed on Oct. 14 in response to Turkey’s original offensive moves against the Kurds in Syria’s northeast border region. So, the sanctions will be lifted unless something happens that we’re not happy with,” the president announced.

The U.S. sanctions issued on Turkey came in response to the nation’s “destabilizing actions in northern Syria” after the U.S. announced on Oct. 6 that it was withdrawing nearly all of its 1,000 troops from the region, Trump said in a statement.