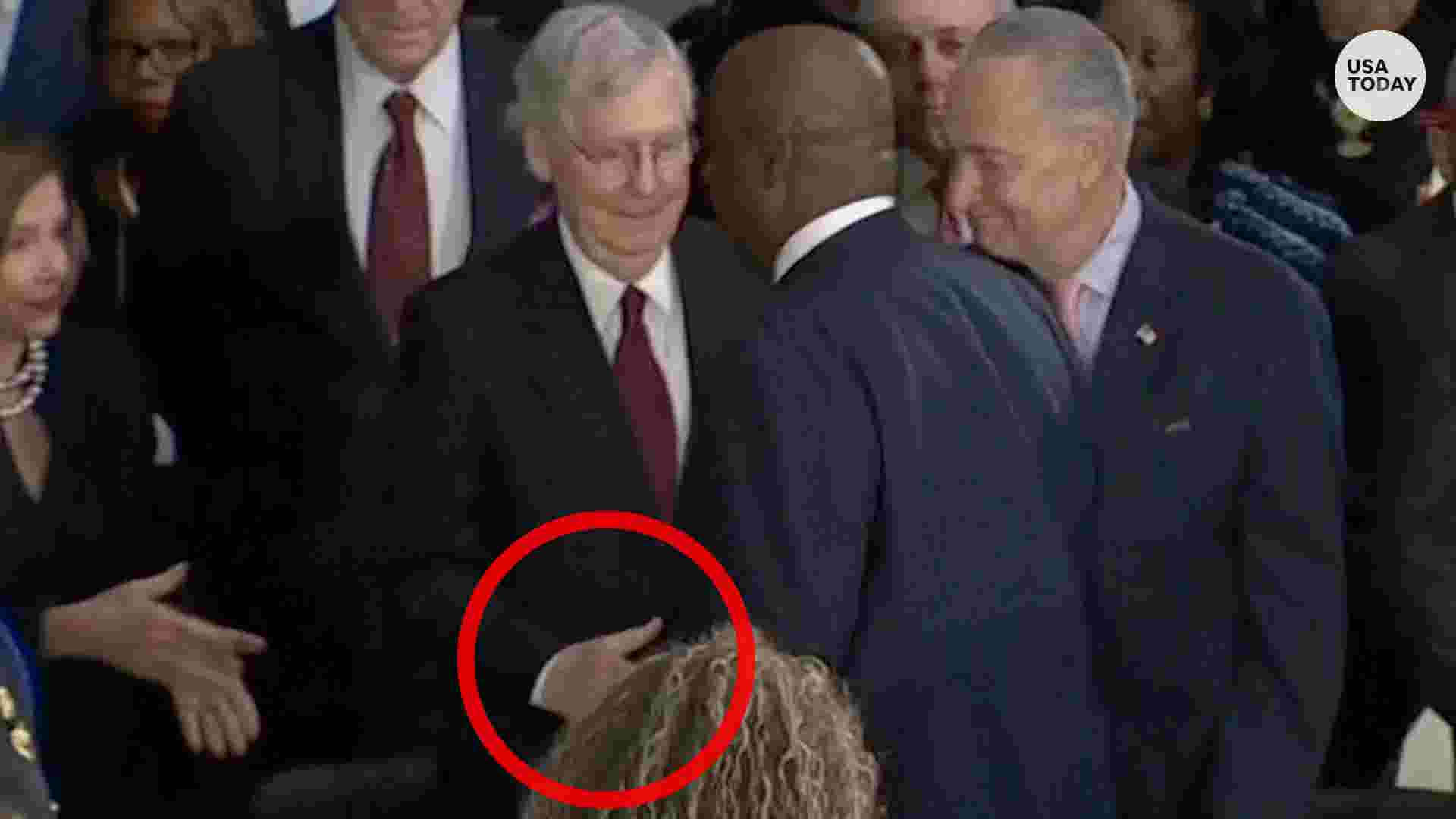 The clip shows Cummings’s friend, who Newsweek reported to be Bobby Rankin, ignoring McConnell’s attempt at a handshake. Following the snub, McConnell is seen turning to Senate Minority Leader Chuck Schumer with a look of surprise on his face.

Cummings became the first black lawmaker to lie in state at the Capitol on Thursday, and the incident occurred during the start of a multi-day funeral service.

The late Oversight Committee chairman died Oct. 17 at age 68 as a result of complications from longstanding health challenges, his office said in a statement. He served as the representative for Maryland’s 7th Congressional district for over 20 years, and made history by becoming the youngest chairman of the Legislative Black Caucus. He was also the first black man to serve as speaker pro tem, who presides if the speaker is absent.

“He celebrated its victories, sought to advocate for its needs, and worked to heal its wounds,” McConnell said, according to Newsweek. “He knew there was only one reason why a son of sharecroppers, a child who had literally had to bear the injuries of bigotry, and segregation, could graduate from law school, and eventually chair, a powerful committee in Congress. Only one reason, because principle leaders had fought to give kids like him a chance.”

The Senate majority speaker also praised Cummings for his work in 2015 bringing the people of Baltimore together following the death of a black man in police custody, Newsweek reported.

“By day, the congressman was here in the Capitol working and leading in these hallways of power. But every night, he rode the train back home, and walk the neighborhoods, bullhorn in hand, encouraging unity and peace.”