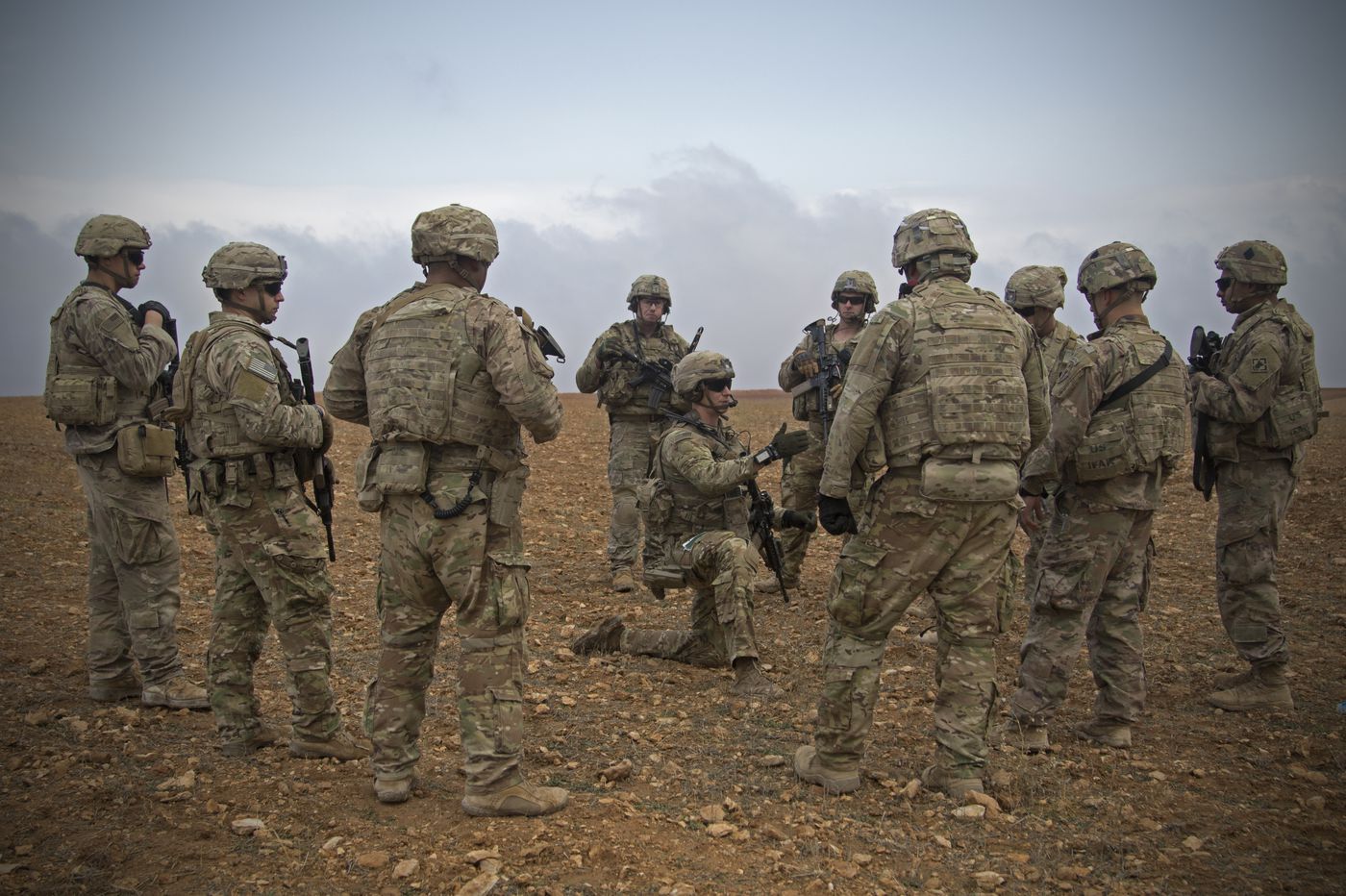 Media used the death of ISIS leader Abu Bakr al-Baghdadi as a reason why U.S. troops are needed in Syria in reference to President Donald Trump’s decision to the military from the Middle Eastern nation.

Al-Baghdadi died following a two-hour-long U.S. military raid in northern Syria Saturday evening. The leader of ISIS was in hiding for the past five years and died by detonating a suicide vest that also killed three of his children. Trump confirmed the death in a press conference Sunday morning, and many began to cite the death as a reason why the U.S. must keep troops in Syria.

One reporter asked Joint Chiefs of Staff Chairman Mark A. Milley during a press conference Monday how difficult the operation would have been if the U.S. did not “have troops on the ground” in Syria.

“From an operational standpoint, the United States military can strike any target, anywhere, anytime,” Milley replied.

“We have incredible reach. We can strike anybody, anytime, anywhere. The terrorists should be aware of that,” Defense Secretary Mark Esper added.

CNN global affairs analyst Max Boot also used the news to question Trump’s decision to pull troops out of Syria Monday morning. The White House announced Oct. 6 that the president had told Turkish President Recep Tayyip Erdogan that the U.S. planned to withdraw from Northern Syria, which would allow Turkey to invade the country and go after Kurdish fighters. The Kurds have worked with the U.S. to beat the Islamic State.

“Right now President Trump is dismantling the infrastructure that made this raid possible – in fact made all the success we’ve enjoyed against ISIS since 2015,” Boot said on CNN’s “New Day with Alisyn Camerota and John Berman.”

“Now he’s dismantling it by pulling our forces out of the partnership with the Kurds – betraying the Kurds,” Boot added.

The global affairs analyst also voiced his concern that pulling troops from Syria would lead to ISIS becoming stronger, saying that “you can actually see the organization he [al-Baghdadi] led revive under new leadership.”

Axois reported Sunday that Trump confirmed al-Baghdadi’s death during a press conference, framing the story around his decision to pull troops from Syria as well.

“The killing also, ironically, underscores the importance and effectiveness of U.S. special forces stationed in Syria, a couple weeks after Trump said it was time to bring them all home and end the endless wars,” reporter Jonathan Swan wrote.

The story added that “the big picture” of this news was that “the Baghdadi raid demonstrates the value of continued U.S. engagement in the region, and it helps explain why Iraq’s president and others are so worried about Trump’s planned retreat.”

An analysis by David E. Sanger in The New York Times Sunday also hit back at the president, not only for pulling troops from Syria but also for his criticism of the agencies “he has spurred.” The article, titled “Al-Baghdadi Raid Was a Victory Built on Factors Trump Derides,” said that the death of one of the worlds most brutal leaders of terrorism did not stop people from doubting the president’s decision to have U.S. troops leave the country.

“And even as he claimed a significant national security victory on Sunday, the outcome of the raid did little to quell doubts about the wisdom of his push to reduce the United States military presence in Syria at a time when terrorist threats continue to develop in the region,” Sanger wrote.

“He also has a distinctly skeptical view of alliances — in this case, close cooperation with the Kurds, whom he has effectively abandoned,” Sanger added.

Council on Foreign Relations President Richard N. Haass said Sunday that the raid “could not have happened without U.S. forces on the ground that have been pulled out” and would have failed without “help from Syrian Kurds who have been betrayed,” the NYT reported.

Despite concerns about the U.S. leaving Syria, Secretary of State Mike Pompeo said Monday that he has “enormous confidence” that America will be able to continue gathering intelligence when they need, according to CNN.

“I have enormous confidence that we’ll have intelligence professionals where we need them, we’ll be able to reach them,” Pompeo said on “Fox & Friends” Monday.

“I have a pretty good sense of how those operations, those intelligence operations, are conducted,” he said. “It’s complex, it’s sophisticated, it is broad, it is deep.”

Previous Article
Kellyanne Conway Goes After WaPo For al-Baghdadi Headline, Says They ‘Wouldn’t Be As Kind’ If He Worked In White House
Next Article
Sessions Reportedly Eyeing His Old Alabama Senate Seat