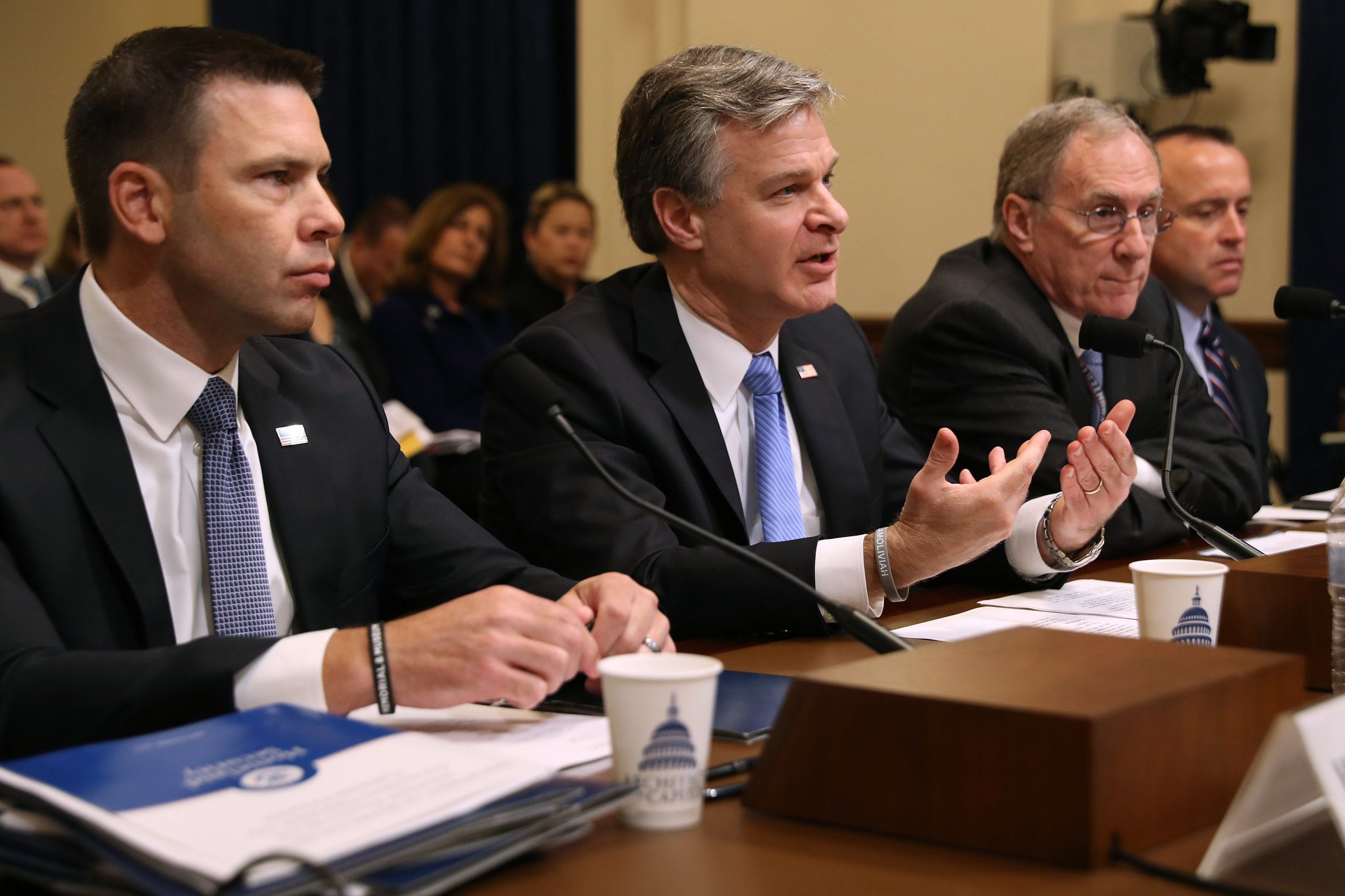 Acting Homeland Security Secretary Kevin McAleenan said he would remain in his position until his replacement is chosen, even if his successor isn’t tapped until after his expected departure date.

McAleenan, who has led the Department of Homeland Security for roughly six months, appeared before the House Homeland Security Committee on Wednesday to discuss terror threats to the U.S. The hearing took place just one day before McAleenan is expected to step down from his position.

The outgoing DHS chief announced earlier in October that he would be leaving at the end of the month. Since that time, numerous names have been floated as possible replacements: USCIS acting Director Ken Cuccinelli, CBP acting Commissioner Mark Morgan, DHS assistant secretary Chad Wolf, and others. However, Oct. 31 is just one day away and no successor has been picked.

The closing window prompted Democratic Mississippi Rep. Bennie Thompson, the chairman of the committee, to ask McAleenan if he was prepared to stay on past October if a replacement hasn’t been picked.

“It’s an important question. In my letter of resignation, I did offer to the president to ensure a smooth transition, and that remains my position. I want to make sure that happens for the department,” McAleenan said, not directly addressing the question at first.

“So you are—if asked to stay on—prepared to do it until someone is nominated for your position?” Thompson asked.

“My hope and plan for the successor is imminent, but if necessary, I will absolutely ensure a smooth transition,” McAleenan responded. That comment concluded the near-three hour long committee hearing.

McAleenan’s answer was the latest twist in the administration’s quest to find a suitable replacement.

For a while, it appeared that President Donald Trump was leaning toward either United States Citizenship and Immigration chief Ken Cuccinelli or Customs and Border Protection chief Mark Morgan. However, White House staff—at least initially—came to the conclusion that neither man is eligible to lead DHS because they are both in acting positions.

This led to talk that the Trump administration was considering either DHS assistant secretary Chad Wold or Transportation Security Administrator David Pekoske.

In yet another twist, the New York Times reported Tuesday that the White House was considering a loophole to allow Trump to choose whomever he wants as DHS chief.

Nevertheless, Senate Majority Leader Mitch McConnell and other Senate Republicans appear adamantly opposed to Cuccinelli’s nomination, a result of Cuccinelli’s time as leader of the Senate Conservatives Fund. Such opposition from his own party may persuade the president to avoid choosing him.