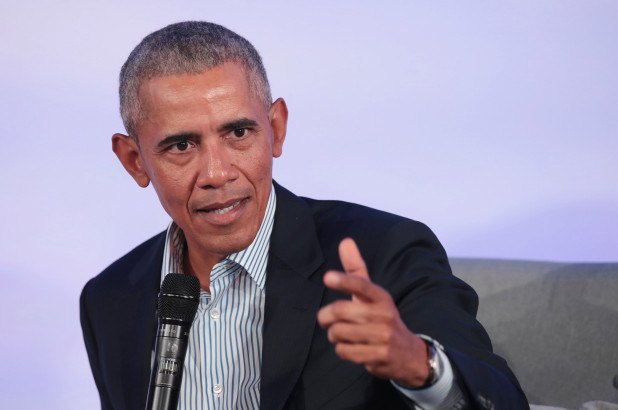 A pair of Obama-era operatives are launching a massive digital advertisement buy ahead of the 2020 election to ward off what they believe is President Donald Trump’s online dominance, The New York Times reported Monday.

A nonprofit group called Acronym and a left-leaning political action committee are unveiling  plans to spend $75 million on digital advertising to rebut what they believe is Trump’s nearly insurmountable edge in battleground states. A pair of Obama-era operatives are involved in the plan.

“If the things that need to happen don’t happen in these battleground states between now and May or June, our nominee will never have time to catch up,” David Plouffe, who managed former President Barack Obama’s 2008 campaign and was a key adviser to him in 2012, told reporters.

Plouffe, a member of the Acronym board, says Trump is way ahead of the game. “There is an enormous amount of danger between now and then,” he said, noting that Obama had a similar advantage over Sen. Mitt Romney in 2012. “If the hole is too steep to dig out of, they’re not going to win.”

The president’s campaign has already plowed more than $26 million so far into Facebook and Google, a number dwarfing that of former Vice President Joe Biden, as well as Sens. Elizabeth Warren, Bernie Sanders and Mayo Pete Buttigieg, all of whom are running for president in 2020.

Tara McGowan, the founder and chief executive of Acronym who was also a digital producer for Obama for America in 2011, said alongside Plouffe in an interview that their campaign would begin immediately and focus on crafting a negative public perception of Trump before the primary election concludes.

McGowan was also a digital director for NextGen Action, a group started by billionaire Tom Steyer, who is himself running for president as a Democrat. Acronym’s campaign will focus on four big states: Michigan, Arizona, North Carolina, Pennsylvania and Wisconsin, a state that former Secretary of State Hillary Clinton famously avoided during her failed 2016 run.

Trump’s advertisement spending is a problem for Democrats, but so is his ability to attract an immense amount of free media.

Trump’s campaign, for instance, sold more than 55,000 packs of plastic straws, netting over $823,000 in sales, while campaign officials have sold about $50,000 worth of fine point markers, TheNYT reported in September. The campaign began selling markers in September to raise money after CNN criticized him for supposedly using a pen on a weather map.