Public Impeachment Hearing Begins With Arguments Over Outing The Whistleblower 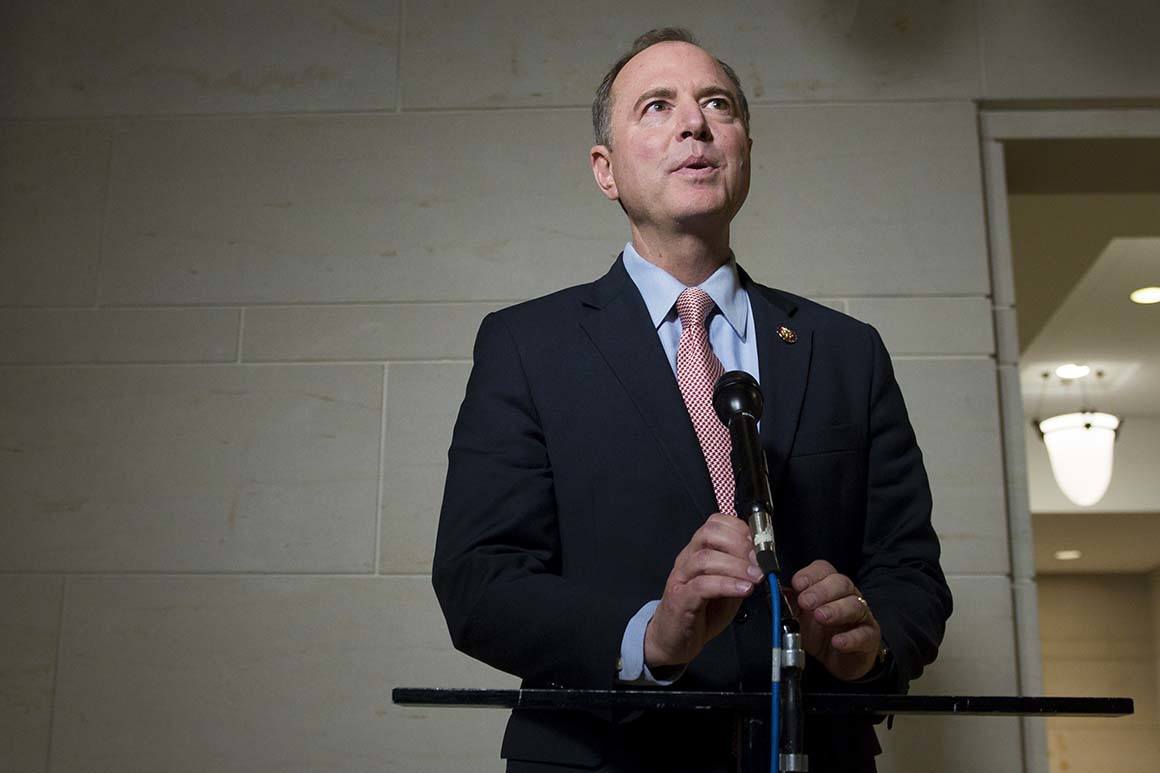 The first public impeachment hearing into President Donald Trump began Wednesday with arguments over whether or not to out a whistleblower.

House Intelligence Committee Chairman Adam Schiff began the hearing with his opening statements, saying that the president’s July 25 phone call with Ukraine’s president was an impeachable offense and questioning whether Trump was trying to “exploit” the country’s “vulnerability” for his own personal gain.

The inquiry, which is based on an August whistleblower complaint, has received pushback from Republicans who have voiced support for being able to question the person behind the complaint. Republican New York Rep. Elise Stefanik announced a point of order before hearing from two witnesses, sparking an argument within the committee.

She noted that “only one member and their staff on this committee has direct knowledge of the identity of the whistleblower” and wondered if Schiff would be preventing witnesses from answering members’ questions as he had “in the closed-door depositions.”

Arguments broke out following her comments about who the whistleblower is and whether House members will be able to question the person.

Schiff pushed back, asking Stefanik to suspend her commentary and saying the committee “will not permit the outing of the whistleblower.” The California Democrat said he would “intervene” if questions about the identity of the person came about.

“You asked a parliamentary inquiry and I am responding … or point of order, I am responding,” Schiff said. “We will not permit the outing of the whistleblower and questions along those lines, counsel will inform their clients not to respond to. If necessary, I will intervene. Otherwise, I want members to feel free to ask any questions they like.”

As Schiff replied, Republican Rep. Mike Conaway of Texas began to make an argument about naming the whistleblower. The two congressmen went back and forth, interrupting each other as each tried to make their point.

“Mr. Chairman, I’m responding to the gentlewoman’s point of order,” Schiff said as Conaway was trying to make a motion.

“I seek recognition to make a motion that we actually subpoena the whistleblower for a closed-door secret deposition, so that the questions that should be appropriately asked of the whistleblower by our side and your side may be asked,” Conaway requested. “I would prefer that rather than it be your single decision, that the committee speak to that issue rather than just the chairman.”

Republican Ohio Rep. Jim Jordan added that Schiff was the only member who knows the identity of the whistleblower out of “the 435 members of Congress.” He said that Schiff’s staff “is the only staff” in Congress that has been able to speak directly to the person responsible for launching the impeachment inquiry and wondered when the rest of Congress could have the same opportunity.

“First, as the gentleman knows, that’s a false statement,” Schiff replied. “I do not know the identity of the whistleblower. I’m determined to make sure that identity is protected. But as I said to Mr. Conaway, you will have an opportunity after the witnesses testify to make a motion to subpoena any witness and compel a vote.”