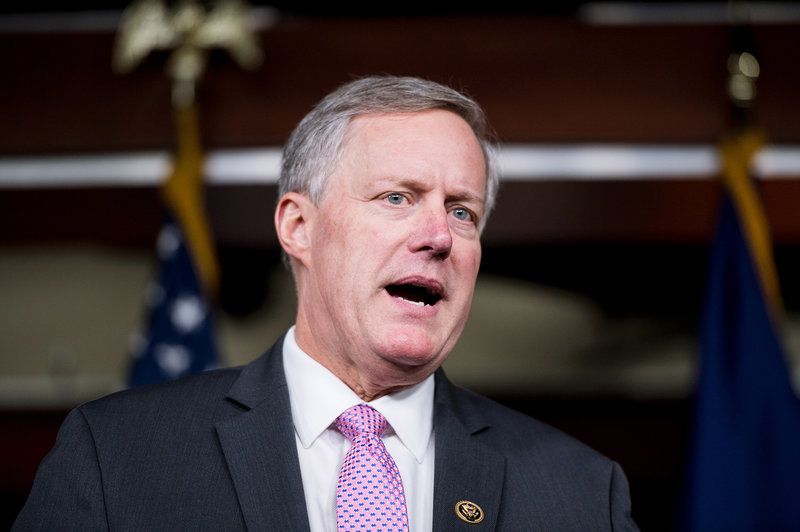 Republican North Carolina Rep. Mark Meadows called out CBS News reporter Nancy Cordes, who said she read all of the impeachment deposition transcripts, even though not all of them have been released.

The tiff came amid a break Wednesday during the first public impeachment hearing in the House. Following the launch of an impeachment inquiry into President Donald Trump over his July 25 phone call with Ukrainian President Volodymyr Zelensky, multiple closed-door depositions were held, causing major pushback from Republicans.

Multiple transcripts over the past month of closed-door testimonies have yet to be released.

Despite some of the transcripts still being private, Cordes said Wednesday that she has read “all the transcripts.” Meadows immediately called her out while on-air, reminding her that “they haven’t all been released.”

“I beg to differ, because they haven’t all been released,” Meadows said.

“Let me ask you this, for the American people,” Meadows asked Cordes. “How many hours have you been in, sitting in these depositions? How many hours?”

Meadows continued on to disagree with Cordes on her commentary, which began with her saying that in order for Meadows to be correct, every person who has testified would have to be “either lying or mistaken.” Meadows’s argument was that the aid held up and then ultimately released to Ukraine had nothing to do with putting pressure on the country to investigate former Vice President Joe Biden and his son, Hunter.

“That’s not correct,” Meadows replied. “Your characterization is so inherently wrong and biased. … Your premise is not right.”

Among the testimonies that have not been released are that of State Department official David Hale and top Russia and Europe adviser on the National Security Council Timothy Morrison. Hale was expected to testify that the agency refused to defend former U.S. ambassador to Ukraine Marie Yovanovitch because of political reasons, The Associated Press reported.

Morrison testified in October that former White House official Fiona Hill told him to stay away from the Ukraine policy that Trump’s personal lawyer Rudy Giuliani was going after, sources said according to CNN. He also testified that he was told Trump wanted Ukraine to launch an investigation that would benefit the president politically before releasing aid to the country.