Here’s What To Know About The Second Impeachment Hearing 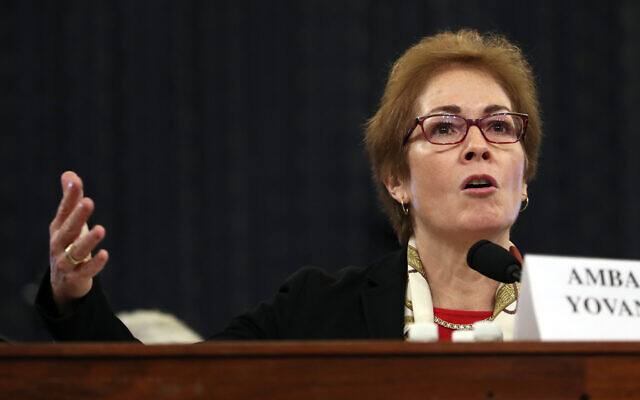 Schiff clashed with Republican New York Rep. Elise Stefanik and Republican Ohio Rep. Jim Jordan as he cut the Republican representatives off throughout the hearing.

“Will the chairman continue to prohibit witnesses from answering Republican questions as you’ve done in closed hearings and as you did?” Stefanik asked early on.

“What is the interruption for this time? It is our time,” Stefanik asked on another occasion, to which Schiff said that only Nunes or Counsel Steve Castor could ask questions according to House rules. But Nunes fought back, saying any committee member should be able to ask questions since the time was allotted for questions from Republicans.

“We control the time, its been customary of this committee that whoever controls the time can yield to whoever they wish. If we have members of Congress that have a few questions, it seems appropriate that we be able to let Ms. Stefanik ask her question,” Nunes said.

Schiff repeatedly rebuffed Jordan’s attempts for a point of order as well, to the point where Jordan mumbled in exasperation, “holy cow.”

Jordan and Schiff clashed again when Schiff warned Jordan he was running out of time to question Yovanovitch.

“Mr. Jordan, I have indulged you with extra time, but my indulgence is wearing out,” Schiff warned.

“Our indulgence wore out with you a long time ago, Mr. Chairman,” Jordan told Schiff. “I’ll tell you that.”

President Donald Trump also weighed in on the hearings through a press conference where he said Republicans were being denied due process during the hearings.

“Nobody’s ever had such horrible due process. There was no due process. I think it’s considered a joke all over Washington, and all over the world,” Trump said in the Roosevelt Room on Friday. “The Republicans are given no due process whatsoever. We’re not allowed to do anything. It’s a disgrace what’s happening. But you know what? The American public understands it. And that’s why the poll numbers are so good and that’s why other things are so good.”

Politicians and pundits then accused the president of tampering with witnesses by tweeting about the matter, and Schiff read one of these tweets aloud to former Ambassador Marie Yovanovitch.